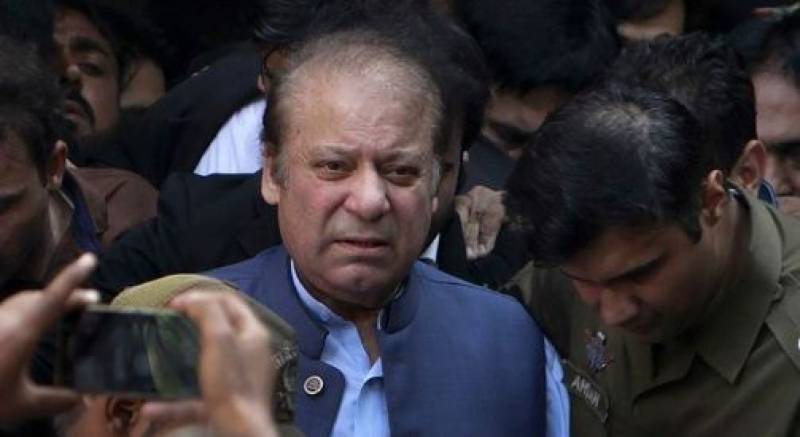 Lahore (Staff Report/Agencies): The Lahore High Court (LHC) on Friday resumed the hearing of a petition regarding the removal of former prime minister Nawaz Sharif’s name from the Exit Control List (ECL)

On Thursday, the PML-N filed a petition in the LHC to remove former premier Nawaz Sharif’s name from the ECL.

In the petition, the PNML-N challenged the government’s conditional one-time permission to Nawaz to travel abroad for medical treatment only after submitting a Rs7.5 billion surety bond.

PML-N lawyer Amjad Pervaiz told the court that federal government has still not removed Nawaz Sharif’s name from the ECL even after the former PM has been granted bail on medical grounds, adding that Nawaz had returned to the country leaving his ill wife behind.

He said there are court decisions removing those from ECL who have gained plea bargain. He appealed to the court to issue an order for removing Nawaz’s name from ECL

The court ordered the federal government and the National Accountability Bureau (NAB) to submit para-wise comments and a report.

Directing the federal government to submit its response, the court adjourned hearing till Friday.

Earlier on Thursday, PML-N President Shehbaz Sharif, addressing a press conference said the government’s demand to submit indemnity bonds to secure permission for the party supremo to travel abroad was, in fact, demanding "ransom" and the decision was not acceptable to the PML-N in any condition.

"This permission will be subject to Nawaz Sharif or Shehbaz Sharif submitting an indemnity bond to the tune of roughly Rs7-7.5 billion to the satisfaction of additional secretary to the Ministry of Interior," the minister added.

PML-N spokesperson Marriyum Aurangzeb said that that the conditional departure set by the government for former premier Nawaz Sharif was illegal and unconstitutional.