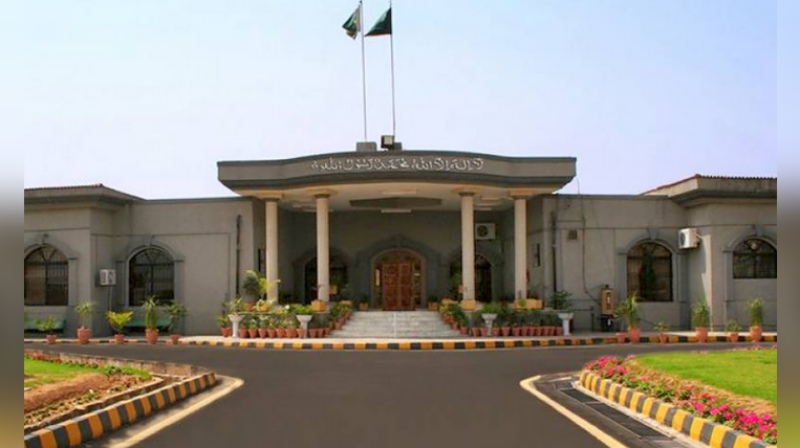 A high court judge was also named in the allegation and the IHC has started contempt of court proceedings against a well-known journalist.

The former chief justice of Gilgit Appellate Court, Rana Shamim, has been issued a contempt of court notice along with the chief editor of the newspaper and its news editor.

The court has summoned Attorney General of Pakistan Khalid Javed Khan in the matter along with all the other parties on Tuesday morning.

Chief Justice Athar Minallah held an urgent hearing and took the decision to summon the above-mentioned persons after the Islamabad High Court Registry took notice of the report.

During the hearing, Justice Minallah said the court will treat this matter very seriously, adding that an attempt has been made to shake the people's confidence in the judiciary.

He added that such a report being published at a time when the case was sub judice was the most serious form of contempt.

"Likewise, the aforementioned published report, prima facie, amounts to prejudicing public confidence in the administration of justice in a pending matter besides scandalizing this Court," it added.

The court also directed the respondents to explain "why proceedings under the Contempt of Court Ordinance, 2003, may not be initiated against them under Article 204 of the Constitution of the Islamic Republic of Pakistan, 1973."

Justice Minallah will preside over the hearing on Tuesday.

The development came after the former CJP Saqib Nisar said that the accusations levelled against him by the former chief justice of G-B Rana Shamim were "contrary to the facts".

In a statement, the former CJP said that Rana Shameem was asking for extension as Gilgit Baltistan Chief Justice but I didn’t approve.” What can I say on this lie of Rana Shameem, he said.

Earlier, former chief justice of Gilgit-Baltistan Rana Shamim made shocking revelations about Saqib Nisar as he claimed that the latter did not want deposed PM Nawaz and his daughter to be freed on bail ahead of the 2018 general elections.

His statement was revealed in a story published in a local newspaper, quoting an affidavit by Rana Shamim, that Nawaz and Maryam were kept in jail till the general elections in 2018 on the orders of Saqib Nisar.

In response to this story, President of Pakistan Muslim League-Nawaz (PML-N) Shehbaz Sharif said, "Allah has His own way of revealing the truth."

He said that the "explosive" news report was yet another vindication for Nawaz and Maryam in the "court of public opinion".

The report peeled off a "thick layer of a grand scheme employed to target" Nawaz Sharif and Maryam Nawaz, he said.

On the other hand, Information Minister Fawad Chaudhry said: "What kind of joke[r]s are running campaigns in this country to prove Nawaz is being oppressed".

The minister said that instead of "fabricating silly stories and conspiracy theories", Nawaz should tell about the source of the money for the Avenfield Apartments.