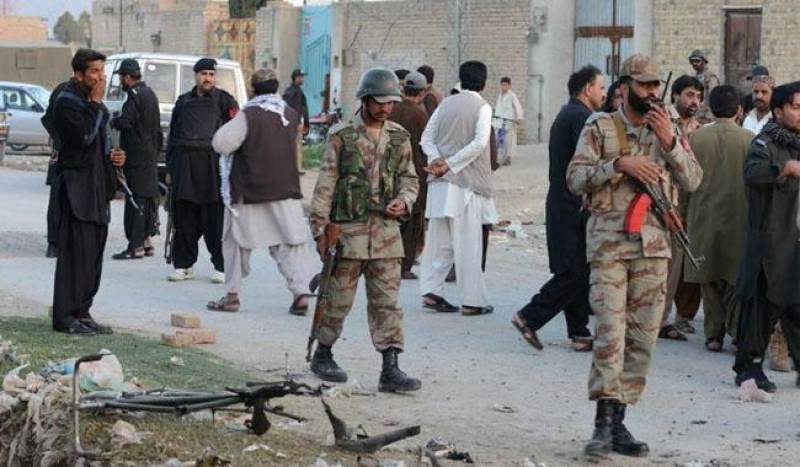 Peshawar (Staff Report): At least four Frontier Corps (FC) personnel were martyred and three others injured in three low-intensity blasts in the Kharlachi area of Kurram Agency near the Pak-Afghan border on Sunday.

According to security sources, the first blast occurred when a bomb disposal squad team was conducting a routine search in the area.

Two other explosives went off in the area after the first blast as security forces reached the site to aid in a rescue operation.

According to the Inter-Services Public Relations, the IED was planted by terrorists near the Pak-Afghan border in Kharlachi.

The troops were part of the search party for handlers of Canadian-American family that was recently freed by the Pakistan Army, the military’s media wing said in a statement.

Security officials cordoned off the area and launched a search operation, while all those injured were shifted to nearby hospitals for treatment.