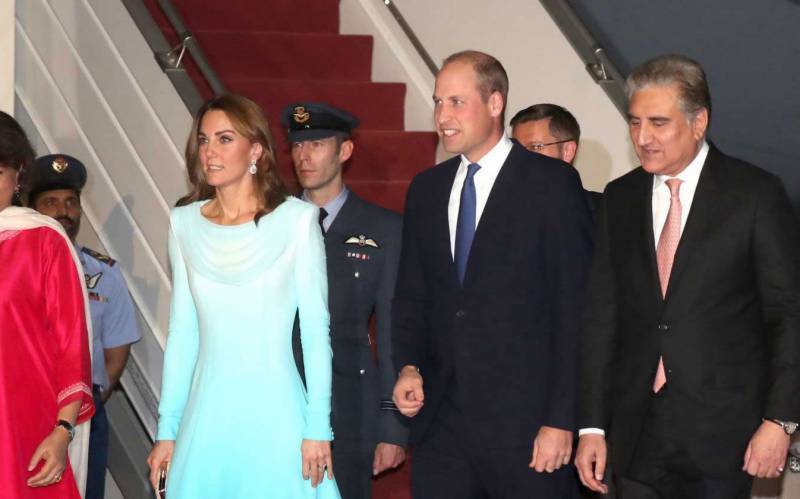 The royal guests were given a warm welcome at the Nur Khan Airbase upon arrival.

Two children clad in traditional dress presented bouquet of flowers to the distinguished guests. The guests thanked them and talked to them for a while.

The duo is scheduled to meet President Dr Arif Alvi and Prime Minister Imran Khan on Tuesday besides attending other engagements.

On October 17, the royal couple will head to Chitral where they are likely to interact with the locals and visit the Khyber Fort before they return to Islamabad at night.

The five-day visit, which will end on October 18, has been organised at the request of the United Kingdom’s (UK) Foreign and Commonwealth Office.

The trip will be the first of its kind undertaken by any member of the British royal family to Pakistan in 13 years.