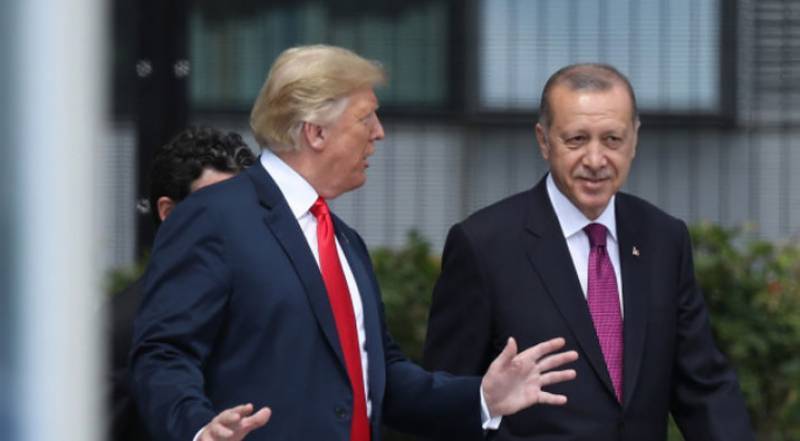 Washington (Web Desk): President Donald Trump has imposed sanctions on Turkey and demanded the NATO ally to stop a military incursion in northeast Syria that is rapidly reshaping the battlefield of the world’s deadliest ongoing war.

“The United States of America simply is not going to tolerate Turkey’s invasion in Syria any further. We are calling on Turkey to stand down, end the violence and come to the negotiating table,” Vice President Mike Pence told reporters.

The move was quickly criticized as too little, too late by the top Democrat in Congress.

“His announcement of a package of sanctions against Turkey falls very short of reversing that humanitarian disaster,” said US House of Representatives Speaker Nancy Pelosi.