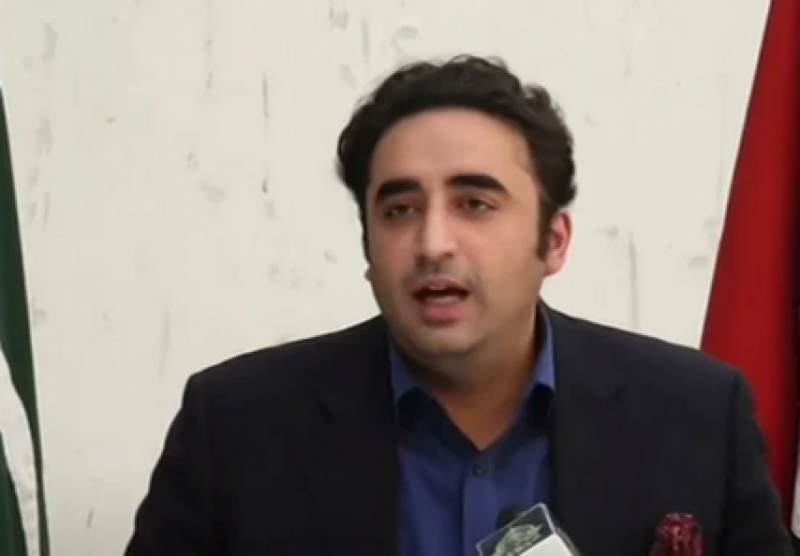 Karachi (Web Desk): Foreign Minister Bilawal Bhutto Zardari on Saturday said that Pakistan has summoned Ambassador of the United States (US) to Pakistan Donald Blome for an official demarche following US President Joe Biden’s remarks regarding the country’s nuclear assets.

Addressing a press conference in Karachi, the foreign minister said that Pakistan’s nuclear assets "meet each and every international standard in accordance with the International Atomic Energy Agency (IAEA) as far as security and safety is concerned”.

"If there is any question as to nuclear safety, then they should be directed to our neighbor India, who very recently accidentally fired a missile into Pakistani territory.

"This is not only irresponsible and unsafe but raises genuine and serious concerns about the safety of nuclear-capable countries," he pointed out.

FM Bilawal said that Pakistan had embarked on a “journey of engagement” and just marked the 75th anniversary of bilateral engagements with the US.

"If this was such a concern, I imagine it would’ve been raised in that meeting with me, I believe that we have just started our journey of engagement and we will have many more opportunities to engage with the US and address any concerns and misconceptions they might have to this specific question, Bilawal asserted."

We have called the ambassador for a demarche, he said, adding that an opportunity should be allowed to the US to explain the position.

Bilawal said he had discussed President Biden's statement with Prime Minister Shehbaz Sharif in detail and hoped this incident would not affect the Pakistan-US relations negatively.

"We will make sure our engagements with the US continue in the right direction," the foreign minister said.

FM Bilawal's statement comes after US President Joe Biden said that Pakistan may be a 'dangerous nation', alleging that the country's nuclear programme lacks "cohesion".

The US President made the remarks while addressing a campaign committee reception about Kremlin’s military advance in Ukraine and its global impact.

"And what I think is maybe one of the most dangerous nations in the world: Pakistan. Nuclear weapons without any cohesion." Biden was quoted as saying in a transcript of the address, published on the White House’s website.

The remarks by the US president were made with regard to the changing geopolitical situation globally, as he highlighted that the world was changing rapidly, and countries were rethinking their alliances.

In a series of tweets, Biden's statement also shows the "failure" of the incumbent government’s claims of a "reset" in relations with the US.

"Is this the "reset"? This government has broken all records for incompetence,” the PTI chief said.