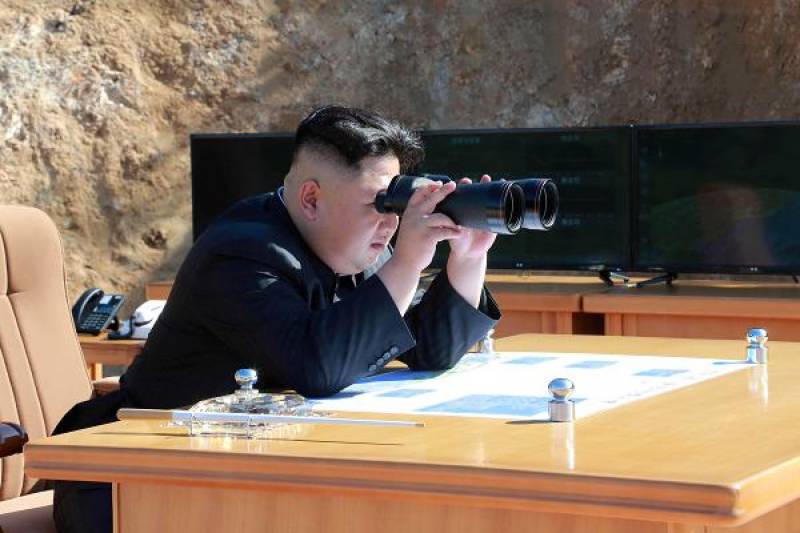 Seoul (Reuters): North Korea fired a missile that flew over Japan’s northern Hokkaido far out into the Pacific Ocean on Friday, South Korean and Japanese officials said, deepening tensions after Pyongyang’s recent test of its most powerful nuclear bomb.

Warning announcements about the missile blared around 7 a.m. (2200 GMT Thursday) in parts of northern Japan, while many residents received alerts on their mobile phones or saw warnings on TV telling them to seek refuge.

US Secretary of Defense Jim Mattis said the launch “put millions of Japanese into duck and cover”, although residents in northern Japan appeared calm and went about their business as normal after the second such launch in less than a month.

The missile reached an altitude of about 770 km (480 miles) and flew for about 19 minutes over a distance of about 3,700 km (2,300 miles), according to South Korea’s military - far enough to reach the US Pacific territory of Guam.

The US military said soon after the launch it had detected a single intermediate range ballistic missile but the missile did not pose a threat to North America or the US Pacific territory of Guam, which lies 3,400 km (2,110 miles) from North Korea. Pyongyang had previously threatened to launch missiles towards Guam.

“The range of this test was significant since North Korea demonstrated that it could reach Guam with this missile,” the Union of Concerned Scientists said in a statement.

However, it said the accuracy of the missile, still at an early stage of development, was low so it would be difficult to destroy the US Andersen Air Force Base on Guam.

US officials repeated Washington’s “ironclad” commitments to the defence of its allies. Secretary of State Rex Tillerson called for “new measures” against North Korea and said the “continued provocations only deepen North Korea’s diplomatic and economic isolation”.

South Korean President Moon Jae-in echoed that view and said dialogue with the North was impossible at this point. He ordered officials to analyse and prepare for possible new North Korean threats, including electro-magnetic pulse and biochemical attacks, a spokesman said.