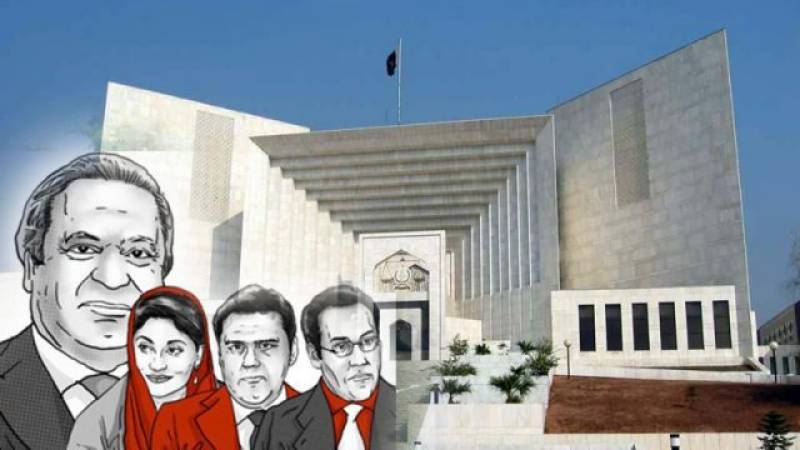 Earlier, the bench reserved the verdict and announced to declare at 11am.

On Thursday, Justice Ejaz Afzal said that the employment agreement stated that a salary of 10,000 dirhams had been set for Sharif.

Justice Ijazul Ahsan said that the bank account was opened through a set procedure and the employee number of Nawaz is 194811.

The evidences in this regard are attached in volume 9 of the JIT report.

Senior counsel Khawaja Haris, representing Nawaz Sharif, said that the account is possessed by the company not Nawaz Sharif.

Justice Ejaz Afzal said that not only elections are declared null and void as the person who conceals assets has also no right of membership.

The counsel said that no any amount transferred to account of Nawaz from FZE, adding that his client had declared all bank accounts.

Haris said that reference cannot be filed on the basis of the JIT report as it is incomplete and there are flaws in the report.

How court can order to file reference on incomplete report, the lawyer said, adding that there will be no transparent trial.

Justice Ejaz replied that filing references did not affect the trial, adding, what we said is temporary and based on evidence.

In normal circumstances, the court ordered the SHO to challan an accused on not filing FIR, Justice Khosa said, adding, “I can refer three cases in which such directions were given”.

He added that a trial is necessary for disqualification as the trial provides chance to defend allegations and present evidence.

Haris said that court’s direction regarding references will affect the trial process.

Justice Ijaz said that you want that the court leave the matter of references to NAB chairman alone, adding that the background and conduct of NAB chairman should be kept in mind.