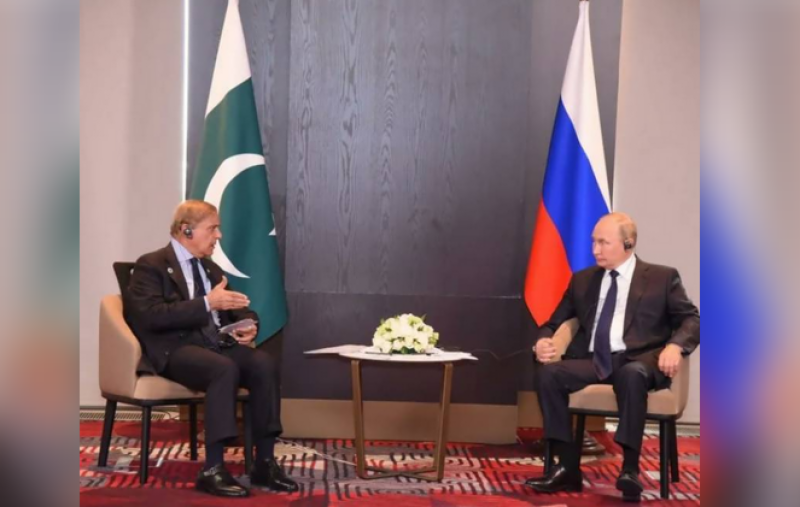 According to details, President Putin and Pakistani Prime Minister Shehbaz Sharif met today on the sidelines of the Shanghai Cooperation Organisation's (SCO) Council of Heads of State (CHS) from September 15 to 16.

During the meeting, the two leaders discussed the bilateral relations and the ways to further strengthen the cooperation.

Earlier, PM Shehbaz reached Samarkand to attend the annual meeting of the Council of Heads of State (CHS) of the SCO at the invitation of Uzbekistan President Shavkat Mirziyoyev, who is chairing the meeting.

According to the Radio Pakistan, the premier also called on Uzbekistan President Shavkat Mirziyoyev and discussed issues of mutual interest.

The meeting focused on strengthening Pak-Uzbek ties in diverse fields for the benefit of the two brotherly nations.

The two leaders exchanged views on regional and global issues of mutual interest covering all aspects of bilateral cooperation.

The premier thanked Tajikistan for its support to the flood affectees in Pakistan and shared details of the devastation caused by the massive floods, induced by climate change.

PM Shehbaz underlined the importance of regular meetings on bilateral institutional mechanisms and the establishment of mutually beneficial cooperation in the implementation of energy projects.