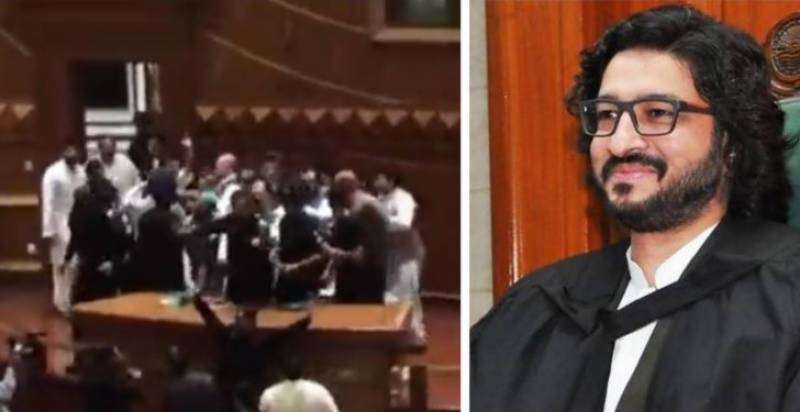 Lahore (Web Desk): The crucial session of the Punjab Assembly to elect new chief minister (CM) was delayed on Saturday after Pakistan Tehreek-e-Insaf's (PTI) member of the provincial assembly (MPAs) manhandled Deputy Speaker Dost Mohammad Mazari when he arrived to chair the session.

According to details, the lawmakers of the ruling party threw "lotas" at Mazari first, attacked him and pulled his hair despite the presence of security guards.

Voting for election of the new Punjab Chief Minister (CM) is being held today (Saturday) in the Punjab Assembly in Lahore.