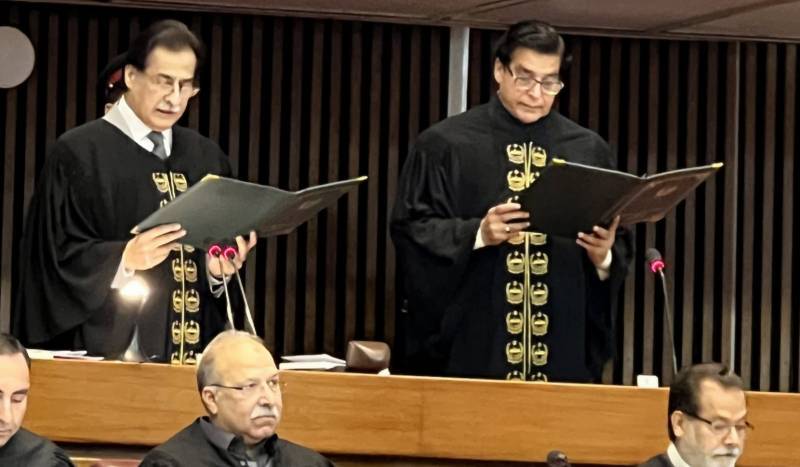 Ashraf took oath as the NA speaker shortly after being elected unopposed as no other member submitted nomination papers.

Pakistan Muslim League-Nawaz's (PML-N) Ayaz Sadiq, who was initially chairing the session, administered the oath to Ashraf. The PPP lawmaker was the lone contender for the speaker's position as no other candidate had submitted nomination papers against him.

Sitting in the speaker's chair, Raja Pervez Ashraf gave a brief speech where he thanked his party leaders for deeming him worthy of the position. He also thanked the prime minister and the members of the assembly.

The NA Secretariat had issued a four-point agenda for today's sitting that included voting on the no-confidence resolution against Deputy Speaker Qasim Suri, the election of the speaker and his oath-taking. However, Suri tendered his resignation less than an hour before the session was scheduled to begin.

Ayaz Sadiq began the session by announcing that Suri had tendered his resignation.

The chair said that Suri's resignation had been verified by the NA secretariat, which would later issue the schedule for the election of the deputy speaker.

"Since the deputy speaker has resigned from office there is no need to take up agenda item two and three," he said.

The office of the speaker had fallen vacant after Asad Qaiser tendered his resignation on April 9 in line with the Pakistan Tehreek-e-Insaf's (PTI) decision minutes before the voting on the no-confidence resolution against then-prime minister Imran Khan.