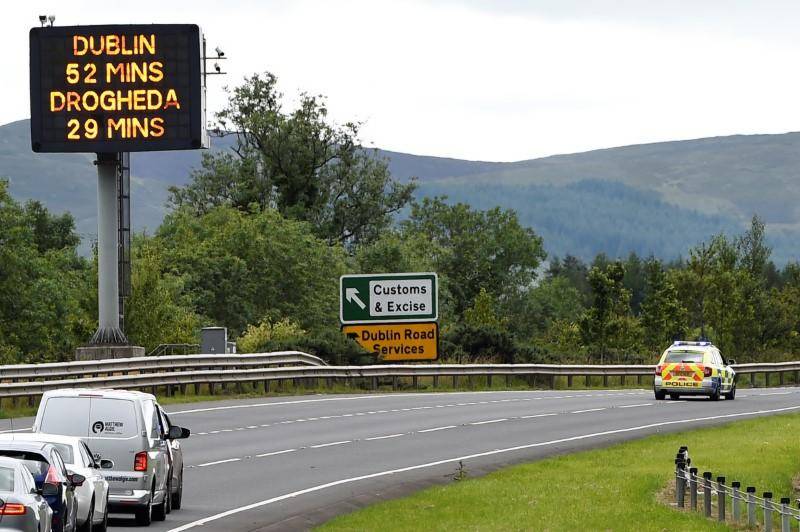 London (Reuters): Britain has said there should be no border posts or immigration checks between Ireland and the British province of Northern Ireland after Brexit, in a paper that attempts to resolve one of the most complex aspects of its departure from the European Union.

Some 30,000 people cross the 500-km (300-mile) border every day without customs or immigration controls; negotiators must work out new arrangements without inflaming tensions in a region that suffered decades of bloody turmoil before a peace deal in 1998.

As part of a series of papers that Prime Minister Theresa May hopes will push forward talks with the EU, the government on Tuesday outlined its vision for a "frictionless" customs system, which one EU politician described as 'fantasy'.

Wednesday's publication drew heavily on those proposals as a solution for Northern Ireland that would not involve "physical border infrastructure and border posts", or electronic surveillance. Reaching agreement with the EU on this was top of Britain's list of Brexit priorities, the government said.

The aim is "to find a practical solution that recognizes the unique economic, social and cultural context of the land border with Ireland, without creating any new obstacles to trade within the UK," Northern Ireland minister James Brokenshire said.

May also said Britain would consider stepping in to replace some EU funding for peace projects in Northern Ireland after it leaves the bloc in March 2019, to prevent a resurgence of violence between pro-British Protestants and Catholic Irish nationalists.

Irish Foreign Minister Simon Coveney welcomed the proposals, saying Britain had acknowledged for the first time that it would not be practical to depend on technological solutions to monitor the border.

"Of course what we don't have, though, is the detail as to how it's going to work," he said.

But Senator Mark Daly, deputy leader of Ireland's opposition Fianna Fáil party, said the proposals for a frictionless border appeared "more like fiction, and clueless on this island".

"It will be a smugglers' charter," he told BBC Radio Four.

Northern Ireland sold 2.7 billion pounds ($3.5 billion) of goods into Ireland in 2015, according to official figures, and many businesses have complex supply chains that involve crossing the border multiple times during the production process.

The Sinn Fein party, which wants a referendum on ending British rule in Northern Ireland and uniting the island under the Irish flag, said it doubted an open border could be delivered.

"They have not put anything concrete on the table . ....we are a fleeting concern to the British government, collateral damage in the Brexit negotiations," said Michelle O'Neill, Sinn Fein's leader in Northern Ireland.

Britain said it wanted to maintain the Common Travel Area (CTA), a pact that allows free movement between the United Kingdom and Ireland for British and Irish citizens, with no need for passport controls and "no question of new immigration checks operating between Northern Ireland and Ireland".

That would mean EU citizens wishing to enter Britain could do so by traveling legitimately to Ireland and crossing the border unchecked - something that is likely to antagonize the many Britons for whom controlling immigration was a key reason for backing Brexit.

"It seems to me that the government has handed back control of its border to the EU."

The government said control over migration from the EU into Britain could be exercised by restrictions on access to the British social security system and labor market. Further details would be set out in a future document on immigration.

It rejected the idea of an effective customs border in the Irish Sea that separates England, Wales and Scotland from Ireland and Northern Ireland as "not constitutionally or economically viable".