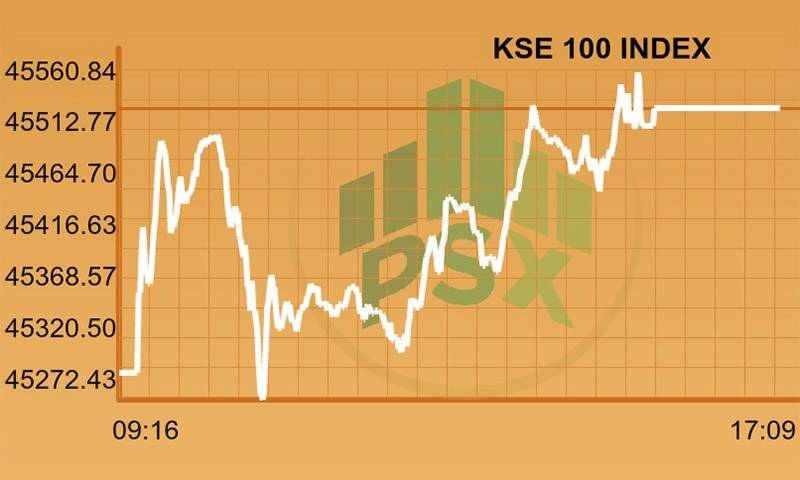 Nearly 87 million shares worth Rs 7.9 billion were traded during the day.

The textile sector dominated the day's trading with 22.5m shares traded, while engineering and cement followed with 20.77m and 18.75m shares traded respectively.

Stocks of a total of 357 companies were traded in the day, of which 193 advanced, 149 declined and 15 remained unchanged.