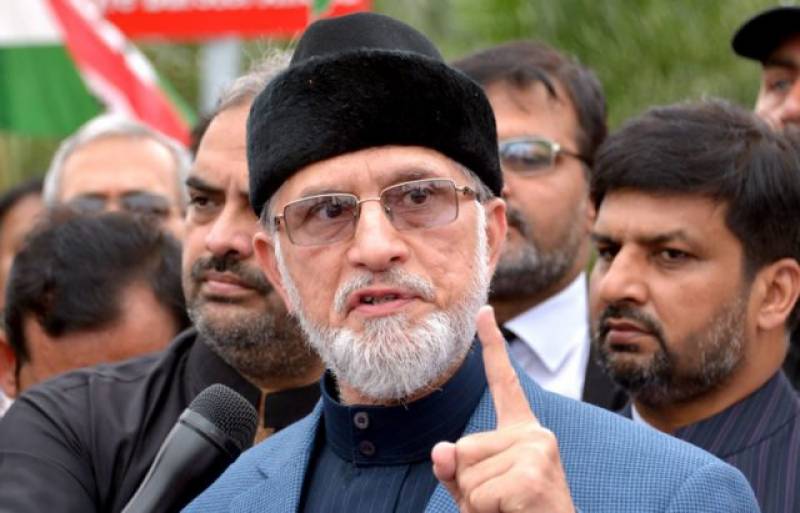 Lahore (Staff Report): Pakistan Awami Tehreek (PAT) chief Tahir-ul-Qadri has said that thief has been caught while murderer will also be behind bars soon.

“Shehbaz Sharif says the ashraafia have looted the country. Do you know what ashrafiya (elite) means? It is the plural of Sharif in Arabic. So you are right, ashrafiya have robbed this nation,” Qadri added.

While addressing a sit-in held in remembrance of those killed in the 2014 Model Town incident on Wednesday, Qadri said that PML-N introduced dirty politics in the country, and claimed the party routinely purchases MPAs and ministries.

He said former PM Nawaz Sharif talks about the sanctity of votes while he himself played a role in ousting Pakistan Peoples Party government in the ‘90s.

He thanked PTI leaders, including Firdous Ashiq Awan and Sheikh Rasheed, and other persons who arrived in solidarity. Qadri told PAT workers that he will stay with them and the protest will not halt till justice.

The PAT chief announced protests against injustice in Model Town incident in multiple cities after Eid-ul-Azha, including Faisalabad, Multan and Rawalpindi.

Earlier, the Lahore High Court (LHC) had formed a five-member committee to resolve the dispute between the provincial government and PAT. It comprised DC Lahore, CCPO, advocate general, and lawyers.