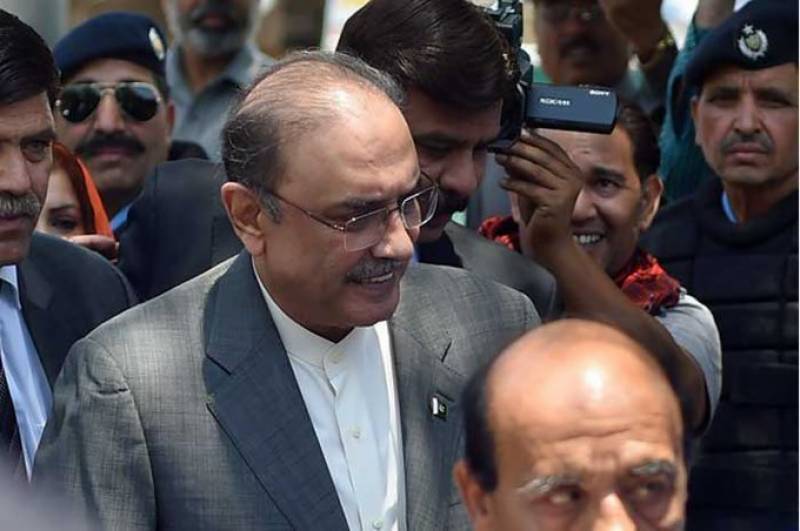 During the proceedings, the persecutor of the anti-corruption body requested the court to extend former president’s remand in light of the recent developments in the case.

Zardari's counsel Latif Khosa said that the former president had earlier requested that NAB be granted his 90-day physical remand once, instead of multiple shorter remands. The counsel argued that while a 90-day remand could not be granted, the court could approve a 14-day remand.

"After four days they [NAB] come again and ask for remand," he said, adding that the repeated court appearances cause a loss to the national exchequer.

Khosa said that the former president's legal team should be granted permission to visit him twice a week, adding that lawyers were "officers of the court".

He also filed a plea in the court asking that Zardari be provided with A-class facilities in prison, including medical facilities and the permission to meet his family.

The accountability court then summoned a reply from NAB regarding the request and issued orders to shift Zardari to Adiala Jail on judicial remand.

She was arrested by NAB on June 14 in connection with the money laundering and fake accounts case.