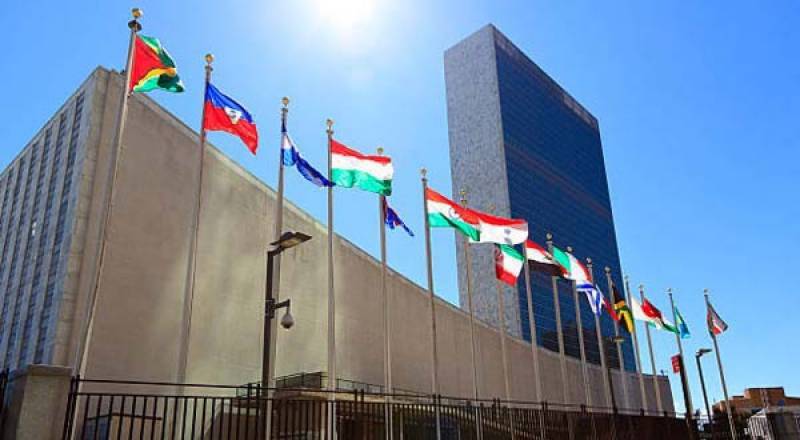 United Nations (Agencies): Pakistan's ambassador to the United Nations Maleeha Lodhi said on Friday that the people of Jammu and Kashmir were not alone and their voices were heard at United Nations Security Council (UNSC) meeting.

The UNSC held a consultative meeting on Friday (today), called by China on Pakistan’s request to discuss the prevailing situation in occupied Kashmir.

In the closed door meeting, briefings were given on the situation and consultations will take place to decide how to proceed further.

In a briefing following the conclusion of the meeting, the ambassador said that the meeting had been called within 72 hours after Foreign Minister Shah Mahmood Qureshi had written a letter requesting the same.

"We are grateful to China in also joining us in calling this meeting," she added.

"They are not alone, their voices have been heard, their plight, their hardship, their pain, their suffering, their occupation and the consequences of that occupation has been heard in the UNSC," she said.

Lodhi said that the very fact this meeting had taken place is "testimony to the fact that this is an internationally recognised dispute".

The UN Ambassador said that there was "an effort to stop this meeting from convening" but thanked all 15 members for agreeing to hold it.

"This meeting has reaffirmed the validity of the UNSC resolutions on the occupied state of Jammu and Kashmir," she said.