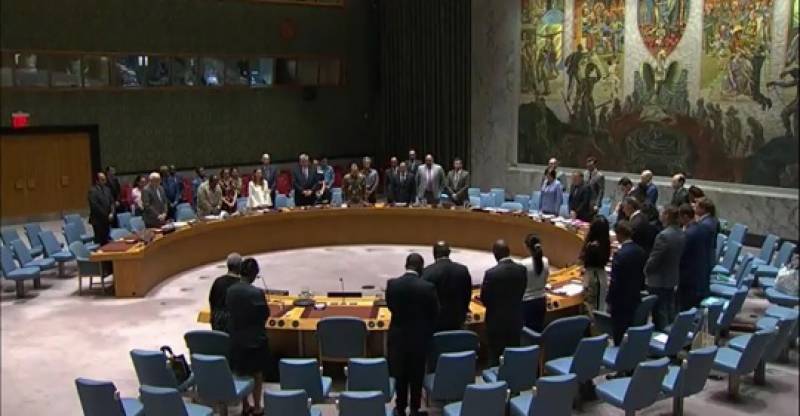 The meeting has been called by China on Pakistan’s request to discuss the prevailing situation in IHK.

Briefings will be given in the closed door meeting on the situation and consultations will take place to decide how to proceed further.

The meeting may decide to issue a statement or can possibly suggest calling an emergency session of the Security Council.

On Monday, Foreign Minister Shah Mahmood Qureshi wrote a letter to the President of the UN Security Council seeking a meeting of the highest world body after India ended the special status of occupied Kashmir. China supported Pakistan's request for holding the meeting.

The 15-member body will hold consultations on the issue under Pakistan-India agenda item to decide how to proceed further.

Political department will brief the Council on the situation in occupied Kashmir. The letter written by the Foreign Minister to the President of the UN Security Council will also be reviewed.

The council has taken up the issue of the critical situation in Indian-occupied Kashmir after almost 50 years.

Pakistan and India will not attend the meeting for not being members of the Security Council.