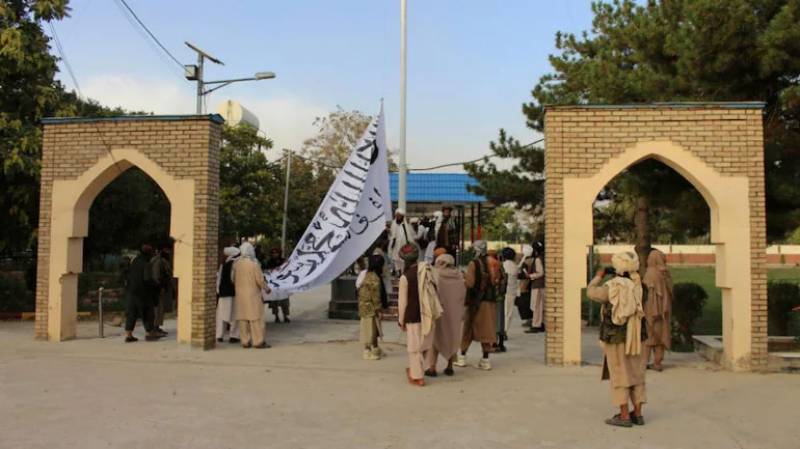 Kabul (Web Desk): The spokseperson for the Afghan Taliban Mohammad Naeem on Monday declared that the war in the country is over, saying that the group desires peaceful relations with the world.

Naeem said the group respect women’s and minorities’ rights and freedom of expression within Sharia law.

“We do not think that foreign forces will repeat their failed experience in Afghanistan once again,” the spokesperson said and added, “We are ready to have a dialogue with all Afghan figures and will guarantee them the necessary protection.”

Taliban tookover of Kabul nearly 20 years after relinquishing power in an American-led assault.

On Sunday, Taliban spokesman Suhail Shaheen said fighters were remaining on the capital’s outskirts and would not try to enter the city by force.

“Our forces have not entered Kabul city, and we just issued a statement saying that our forces will not enter Kabul city,” Shaheen said in a statement. “We are talking and awaiting a peaceful transfer – a transition of the capital city,” he added.

On the other hand, former president Ashraf Ghani left Afghanistan saying he wanted to avoid bloodshed.

In a post on Facebook, Ghani said he had left the country to avoid bloodshed and clashes with the Taliban that would endanger millions of residents of Kabul. He did not say where he was.