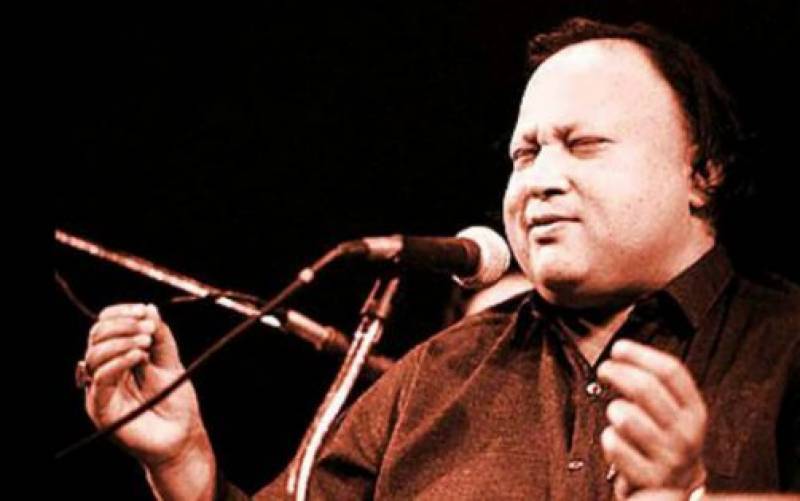 He was born on October 13, 1948 in Faisalabad. His father Fateh Ali Khan was a musician, vocalist and Qawwal.

He started his career by learning the Tabla before moving to vocals.

The great musical legend had his first public performance at the age of 16, at his father's chehlum and went on to gather world renown with his unmatched voice and musical credentials.

Popularly known as Shahenshah-e-Qawwali meaning 'The King of Qawwali', Nusrat is widely credited with introducing qawwali music to international audiences.

During his lifetime, Nusrat collaborated with several foreign artists, including Eddie Vedder, Peter Gabriel, Jeff Buckley, Michael Brook. He was also included in the Guinness Book of World Records.

The government of Pakistan bestowed pride of performance in 1987 for his remarkable contribution to Pakistani music.

He was also honored with the prestigious UNESCO music prize.

Most of Nusrat’s songs including, Allah Hoo Allah Hoo and Yeh Jo Halka Halka Suroor Hai have been remixed and produced again. However, his vocals remain unmatched.