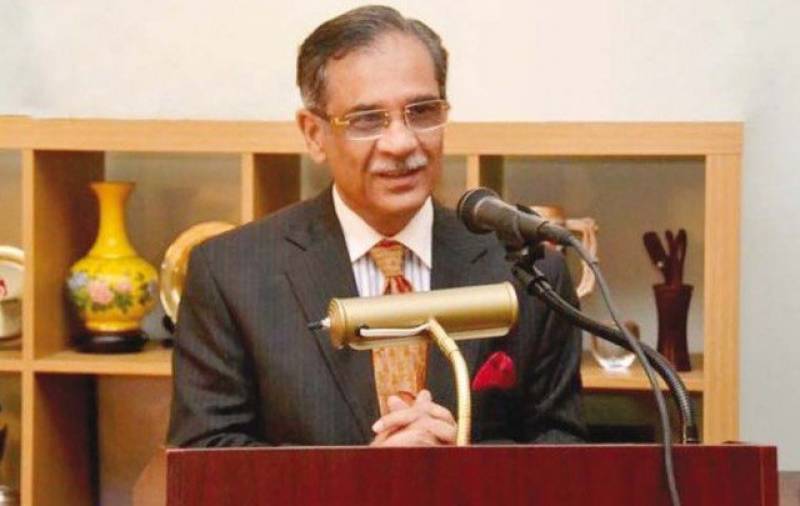 Lahore (Staff Report): Chief Justice of Pakistan (CJP) Mian Saqib Nisar has said that all the judges are independent and can take their own decisions.

“If someone had been able to dictate [the judges], the Hudaibya judgement would not have turned out the way it did,” Nisar said while addressing a seminar here on Saturday, and added, “Those who can pressure us have not been born as yet. We have promised to deliver justice.”

The chief justice said those against whom a judgement has been issued have the right to criticise the reason behind the verdict, but he questioned the insinuations of the "judiciary being part of a plan" or "being under pressure".

Stressing on the importance of democracy, Justice Nisar said that the judiciary has vowed to protect the Constitution and would continue to uphold democracy.

Justice Nisar said he will get a chance to listen to the underprivileged plaintiffs of the country once the "political dirt gets cleaned by laundry of the Supreme Court".

The judiciary and lawyers will have to make joint efforts to provide cheap justice to the common man, he added.