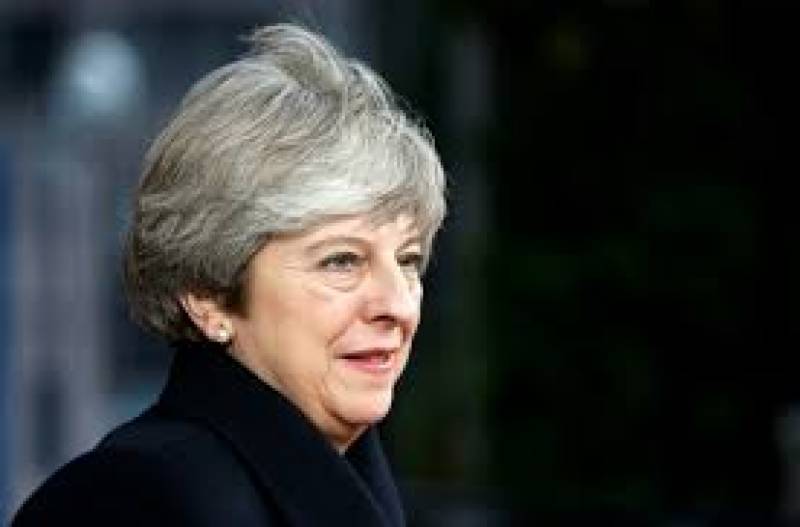 London (Web Desk): After a turbulent few months when some predicted she could be gone by Christmas, British Prime Minister Theresa May finally has some good news with a deal on Brexit, but any reprieve will likely be short-lived.

The EU’s decision Friday to move to the next stage of negotiations with Britain was a much-needed success for May, whose leadership has been dogged by doubts since a disastrous snap election in June.

The approval followed an 11th-hour deal struck last week by the prime minister and European Commission chief Jean-Claude Juncker on the terms of the divorce, including Britain’s financial settlement.

It drew rare support from across all sections of May’s frequently divided Conservative party, and was agreed despite concerns in the Northern Irish party which props up her minority government.

But some key issues were left unresolved, while Britain is yet to set out what it wants from the future relationship with the European Union.

Cabinet ministers are due to discuss the subject formally next week.

A parliamentary defeat on the eve of the EU summit was a timely reminder of the opposition May faces to her Brexit strategy at home, as the negotiations enter what is likely to be the most challenging phase.

“The government has to decide what to ask for in phase two, which is going to be very difficult in itself,” said Charles Grant of the Centre for European Reform.

May said the divorce agreement defied the doubters, and described the EU summit as “an important step on the road to delivering a smooth and orderly Brexit”.

The agreement had almost collapsed following opposition from Northern Ireland’s Democratic Unionist Party over the Irish border, sparking warnings about the fragility of May’s position and media reports of plots to oust her.

May has struggled to assert her authority since losing her parliamentary majority in June, with Foreign Secretary Boris Johnson openly challenging her Brexit strategy at one point.

But the deal was made, and despite the splits in her government, and two ministerial resignations over separate scandals last month, public support for May is holding firm.

A YouGov survey for The Times this week put approval ratings for her party at 42 percent, one point ahead of the main opposition Labour party.

She may face more trouble within her own party’s ranks.

Eleven Tory MPs joined with opposition parties on Wednesday to demand that parliament have the final say on the terms of the divorce, a move that has the potential to bind May’s hands.

But in a welcome move for her on Friday, Tory backbenchers tabled a new amendment to the draft withdrawal legislation on the exact timing of Brexit, which rebels are expected to support and should avert another House of Commons vote loss next week.

It proposes allowing ministers the flexibility to amend the date and time of Brexit, which the government wants to fix in law as 2300 GMT on March 29, 2019, but the rebels had opposed.

Tim Bale, a politics professor at Queen Mary University of London, said that for both Brussels and the factions in the Conservative party, May provides a balance.

“European leaders recognise that she is their least worst option, if there were to be leadership contest in Britain they’ve got no idea who they would get,” he said.

And at home, as a pragmatic rather than idealistic supporter of leaving the EU, “she is the only alternative for both sides of the Brexit divide in the Conservative Party”.

But Bale warned that May’s position might not hold indefinitely as Britain prepares to withdraw by March 29, 2019.

“Decisions are going to have to be made in this phase, and some people are not going to like these decisions,” he said.

May says Britain will quit the EU’s single market and customs union, but forge a new “deep and special partnership” with as few barriers to trade as possible.

Options include following the model of a recent EU-Canada trade deal, or Norway’s membership of the European Economic Area — both of which would be controversial to sections of May’s Conservative party.

Chuka Umunna, a leading pro-European opposition MP, warned: “The clock is ticking, and we are far away from anything resembling a deal.”