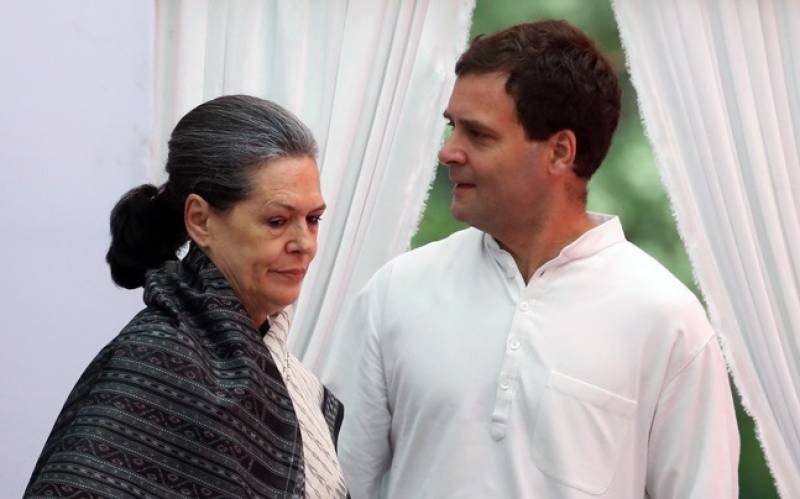 New Delhi (Web Desk): India’s Rahul Gandhi on Saturday took over as president of the main opposition Congress, becoming the sixth member of the Nehru-Gandhi dynasty to head the party that has ruled the country for much of its independent history.

Fireworks erupted over the party headquarters in New Delhi drowning out the voice of his mother Sonia Gandhi as she handed over the reins of power to her 47-year-old son.

Rahul, wearing a long flowing white kurta, smiled and waved from the dais adorned with posters of his late grandmother and father, former prime ministers Indira and Rajiv Gandhi.

Slogans of “long live Rahul” were shouted as hundreds of supporters danced to drum beats and burst firecrackers.

Gandhi was elected unopposed to take over from his mother who has been at the helm since 1998 following the assassination of her husband Rajiv. She helped the Congress win the general elections in 2004 and 2009.

But the party was swept out of office by Prime Minister Narendra Modi’s right wing Bharatiya Janata Party in 2014 and is now in a fight to win back support before a national election which must be held by 2019.

Rahul has been party vice-president since 2013 and led its campaign for the 2014 election. He was strongly criticised for what was Congress’ worst-ever showing as it lost power to Modi. Since then, the party has lost polls in many states to the BJP, exposing Rahul to further criticism.