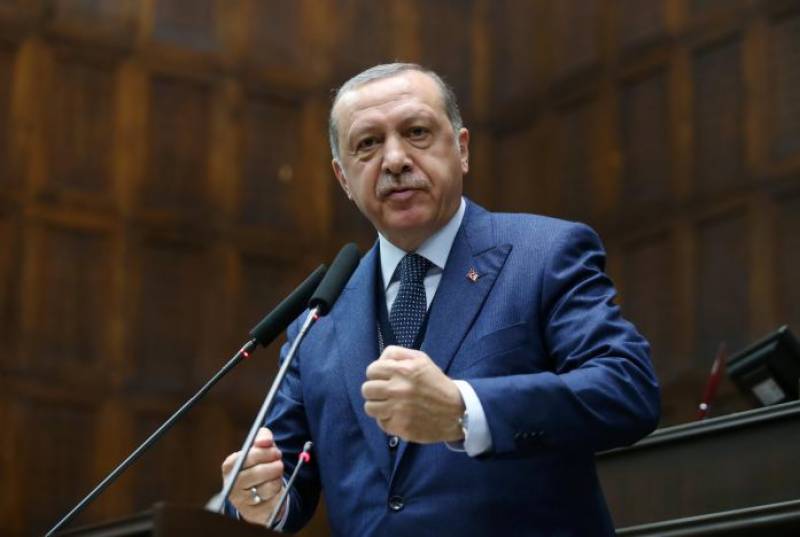 Ankara (Web Desk): The decision by US President Donald Trump to declare Jerusalem the capital of Israel is a "bomb" thrown at the entire Middle East, Turkish President Recep Tayyip Erdogan said Friday.

Erdogan, who has sought to steer often disunited Muslim nations into a coordinated response on the issue, said Muslims would never accept the recognition of Jerusalem as the capital of Israel.

The US step is a "new bomb thrown into the lap of the Middle East," Erdogan said in an address.

Reaffirming his past accusations that Israel is a "terror state" because of its treatment of the Palestinians, Erdogan added: "Trying to make Jerusalem capital of a terror state is not a situation that can be accepted by Muslims."

On Wednesday, Erdogan chaired a summit of the Organisation of Islamic Cooperation (OIC) where leaders declared East Jerusalem -- which most countries consider to be under Israeli occupation -- to be the capital of a Palestinian state.

They also urged the world to follow suit and recognise East Jerusalem as the Palestinian capital.

But the participants did not agree any concrete measures or sanctions, with the OIC riven by divisions including those between Iran and Saudi Arabia.

Both Riyadh and its top regional ally the United Arab Emirates sent lower-level officials rather than leaders to the summit, in a possible snub for Ankara.

Erdogan did not touch on this but urged Muslims to take stronger action or risk the consequences.

"The Jerusalem decision is a harbinger of new operations targeting the Islamic world," he said.

"If Muslims fail to show the necessary reaction on this issue within the law, believe me there will be more to come."