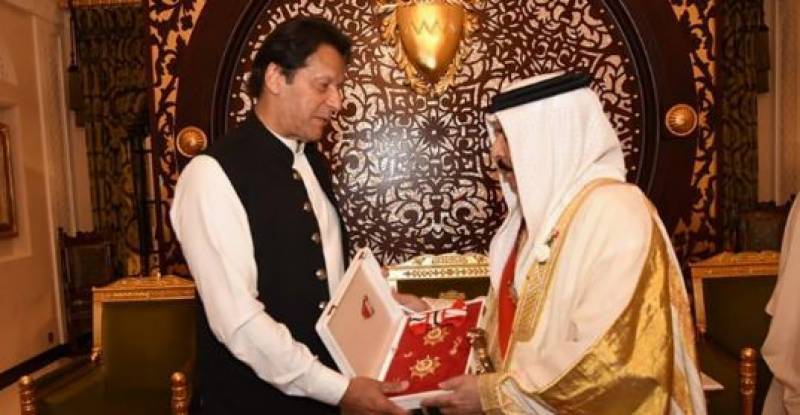 Earlier the day, PM Khan arrived in Bahrain on his maiden visit to the Gulf country since assuming his office.

On the invitation of King of Bahrain Hamad Bin Isa Al Khalifa, PM Khan is visiting the Kingdom to attend the National Day of Bahrain as Guest of Honor.

Matters pertaining to bilateral relations and regional situation came under discussion during the meeting.

As per a statement by Foreign Office, during the visit, the prime minister will have a one-on-one meeting with King Khalifa.

The meeting between the leaders would cover the entire gamut of bilateral relations and matters pertaining to regional and international issues, the statement added.