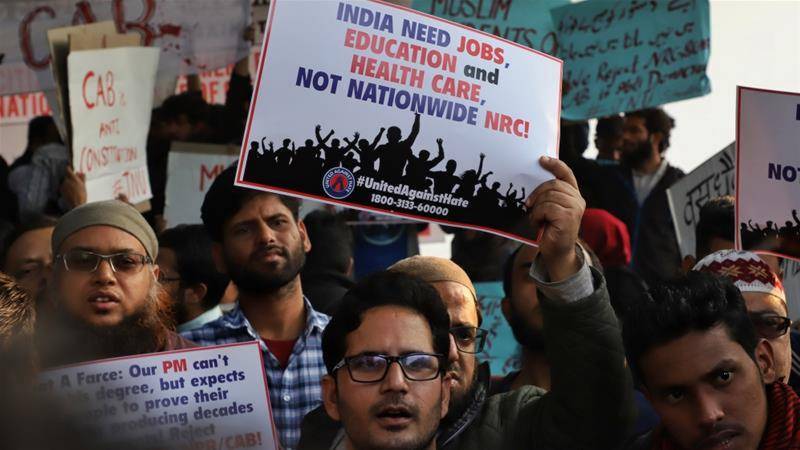 New Delhi (Web Desk): More than 100 students and activists protesting against the controversial Indian citizenship law were injured in New Delhi as they clashed with police who used tear gas and baton charges to disperse demonstrators at a major university.

Thousands, including students at the Jamia Millia Islamia University, protested against a new law that will give citizenship to non-Muslims fleeing religious persecution from several neighboring countries. The third day of what had been a peaceful demonstration against the law, passed by India’s Parliament last week, descended into chaos on Sunday afternoon. Three buses were set on fire, police officials said.

“We have time and again maintained that our protests are peaceful and non-violent,” they said in a statement. “We stand by this approach and condemn any party involved in the violence.”

The legislation, passed by the national parliament last week, allows New Delhi to grant citizenship to millions of illegal immigrants who entered India from three neighbouring countries on or before December 31, 2014 – but not if they are Muslim.