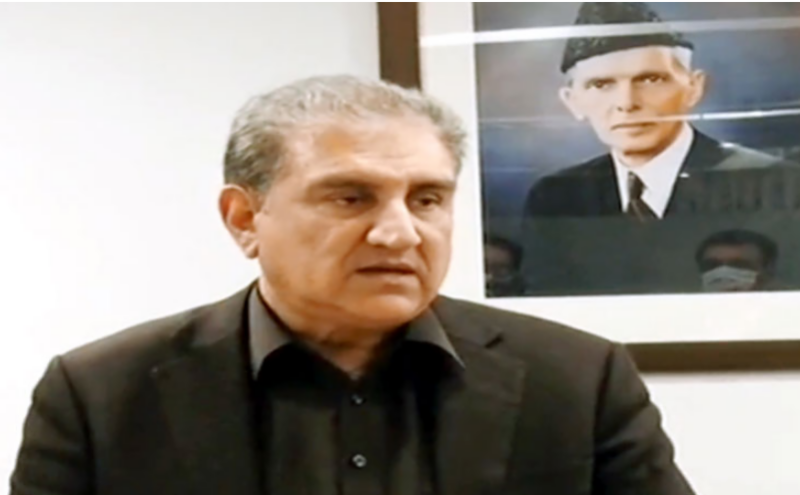 Speaking to media after talks with the Taliban delegation in Islamabad, he said responsibility in this regard rests with all the stakeholders.

FM Qureshi said the Taliban delegation during the talks today showed their eagerness and seriousness for peace, the Radio Pakistan reported

The foreign minister said the Taliban delegation which will also meet Prime Minister Imran Khan has acknowledged Pakistan's efforts for peace and stability in Afghanistan.

Qureshi termed the ongoing talks "a historic opportunity" for the Afghan parties to take matters towards a peaceful settlement of the conflict.

The next round of intra-Afghan talks will be held on January 5, he said, adding that the venue of the talks was yet to be decided.

The foreign minister also urged the international community to continue to play its role for reconstruction and development of Afghanistan.

This, he said, will also lead to the repatriation of Afghan refugees to their homeland.

Earlier on Wednesday, an Afghan Taliban delegation led by Mullah Abdul Ghani Baradar on Wednesday arrived in Islamabad for a three-day visit.

Delegation of the Taliban Political Commission arrived at New Islamabad International Airport (IIA) this morning from Doha on flight QR-632 and received by senior Pakistani officials.

This is the third visit of Mullah Baradar to Pakistan and the latest trip comes as Taliban and Afghan government took a 20-day break in their talks taking place in Doha.

According to Foreign Office (FO) spokesperson, the visit of Taliban Political Commission delegation is part of Pakistan’s policy to reach out to key Afghan parties in the Afghan peace process with a view to facilitating the Intra-Afghan Negotiations that commenced in Doha on 12 September this year.

“Pakistan will continue to support an inclusive, broad-based and comprehensive political settlement for durable peace, stability and prosperity in Afghanistan and the region,” the FO spokesperson stated.