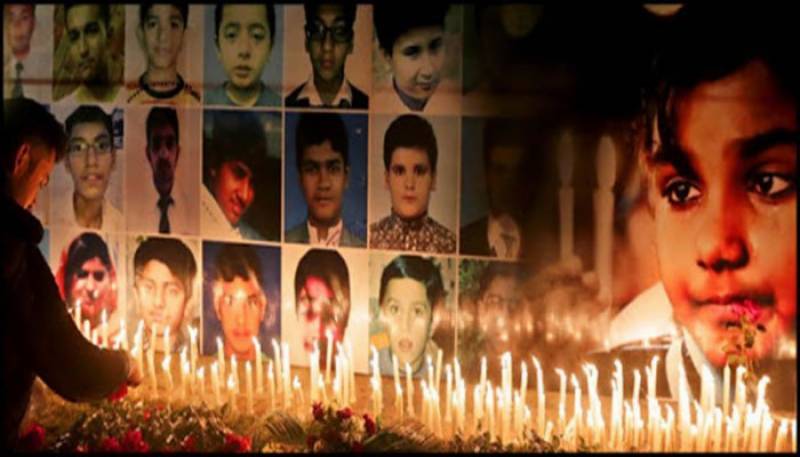 Peshawar (Web Desk): The 7th anniversary of a deadly school attack on Army Public School (APS) Peshawar that claimed more than 140, mostly schoolchildren, is being observed across the country today (Thursday).

On Dec 16, 2014, six terrorists affiliated with Tehreek-e-Taliban Pakistan (TTP) had stormed the School and martyred at least one hundred and forty-seven students and teachers.

Earlier, Parents of the martyred students of the APS and civil society members held Quran Khwani for the departed souls.

The attack was planned to break the Pakistani nation’s resolve against terrorism. Contrary to this, Pakistan Army and its citizens emerged as stronger and more resilient in its commitment to eliminate the menace of terrorism from its soil.

The attack was a great national tragedy; the losses of the parents and kins of martyrs are irreparable but the whole nation stood with the affected and Pakistan never lost sight of its national resolve to wipe out foreign-sponsored terrorism to prevent and guard against such heinous crime against its citizen.

Pakistan Army and the government extended all possible assistance to the affected families to contribute to sharing their unbearable loss however the parents of the martyrs could not escape the emotional effects of the painful incident.

The military courts, established soon after the attack, awarded death sentences to at least 310 militants and 56 of them have been executed so far.