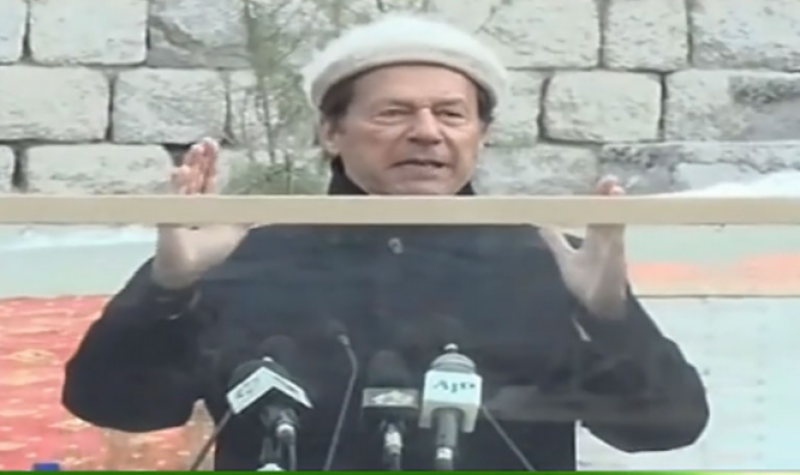 Addressing a public gathering in Skardu, the premier said that with the improved road connectivity and the Skardu International Airport, the Gilgit-Baltistan (GB) was about to turn into a top destination for local and foreign tourists, ensuring economic prosperity.

Referring to the inauguration of Skardu International Airport and Jaglot-Skardu road, PM Imran expressed the confidence that both international and domestic tourists will pour into this region because of enhanced connectivity. He was confident that overseas Pakistanis will be the first ones to visit the region to spend their summer vacations.

He said this will provide livelihood opportunities to the local people of Gilgit Baltistan.

Imran Khan mentioned that tourism can become a big asset for Pakistan.

“If Switzerland can annually earn $70 billion revenue, the GB has the natural resources to exploit its potential,” he said.

He said Pakistan could earn billions from tourism, may it from the scenic northern areas or the diversity of religious tourism.

He, however, cautioned the locals to safeguard their interests as outsiders would be eying their property and land in view of the area’s tourism potential.

“If Switzerland can annually earn $70 billion revenue, the GB has the natural resources to exploit its potential,” he said.

He said Pakistan could earn billions from tourism, may it from the scenic northern areas or the diversity of religious tourism.

He said connecting GB with Azad Kashmir through roads would also bring improvement in the lives of locals.

He said hydroelectricity projects have been set up in GB to meet the water requirements.

Imran Khan said a country could not progress unless it uplifted its neglected and unprivileged segments of the society.

He said he was prioritizing the development of the areas that lacked facilities of communication and health, including Gilgit Baltistan, Balochistan, erstwhile tribal areas, and southern Punjab.

“My vision of a prosper Pakistan is inclusive development that caters to the needs of poor and weak,” he added.

PM Imran said a society was known for its socio-economic justice where poor and rich had access to basic facilities of life.

He said his government had taken a number of steps for the development of the masses and expressed the desire that he wanted a major improvement in the lives of the underprivileged on completion of his tenure.

The premier however said that the government is starting from today Ehsaas Rashan scheme under which each household earning less than fifty thousand rupees a month will be provided thirty percent subsidy on wheat-flour, ghee and pulses.

“Our health insurance scheme has covered the whole population in Khyber Pakhtunkhwa and the same is being launched in Punjab from next month, PM Imran said, adding that the health cards will also be provided to the people of GB under which they will be able to avail medical treatment worth one million rupees from the public or private hospitals.

PM Imran said that the government has also launched Kamyab Pakistan initiative to uplift the underprivileged segments of the society.

He said this programme envisages interest free loans and technical training for one member of every deserving household.

In his remarks, Chief Minister Gilgit Baltistan Khalid Khurshid said it is the first time that the present government has announced a development package for the region, saying this will help address our electricity and connectivity issues.