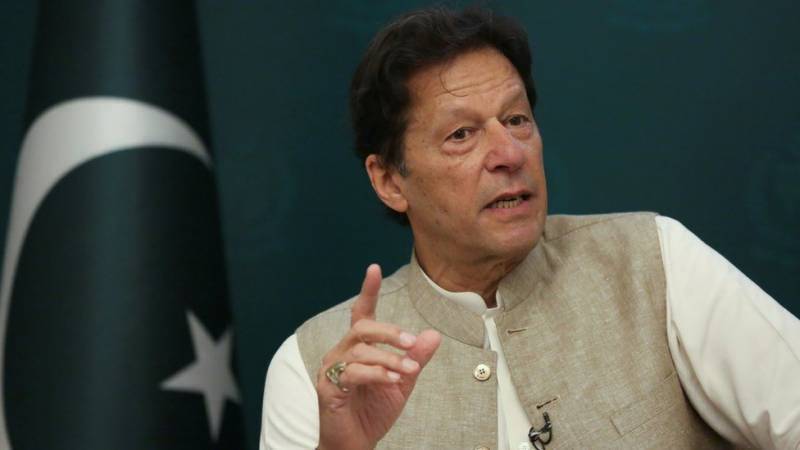 Islamabad (Web Desk): Prime Minister Imran Khan on Thursday vowed zero-tolerance against violence and those using it as a tool and said he would never let down the survivors and parents of the children of the Army Public School (APS), martyred in a terrorist attack in 2014, in Peshawar.

“I reiterate we will never let down the survivors & parents of our martyred children,” the premier tweeted as the nation observes the 7th anniversary of the APS carnage.

“There is zero tolerance for violence & those using it as a tool,” the prime minister said.

Dec 16, 2014, terrorists attacked & martyred over 140 ppl incl 132 children in APS,Peshawar. Pak has successfully defeated terrorism.I reiterate we will never let down the survivors & parents of our martyred children.There is zero tolerance for violence & those using it as a tool

Meanwhile, President Arif Alvi also paid tribute to the martyrs via a short video posted on his official Twitter handle.

Leader of the Opposition in the National Assembly, Shehbaz Sharif, called it a painful day for the nation and asked: "Have we learned any lessons and corrected our course?"

"When will we sincerely put our heads together for better future of our children? There are too many questions but too few answers," he said in a tweet.

December 16 will always remain a painful day for the nation, one whose memory bleeds our hearts. Have we learned any lessons & corrected our course? When will we sincerely put our heads together for better future of our children? There are too many questions but too few answers.

Chairman Pakistan Peoples Party (PPP) Bilawal Bhutto Zardari said that the nation still felt the pain of "this great tragedy", adding that "everyone is still waiting for justice to be served to the innocent souls."

The PPP chief also demanded that the "beasts" that planned, facilitated, and carried out the massacre of the innocent children and teachers be brought to justice.

On December 16, 2014, over 140 people were killed including 132 children when six terrorists affiliated with Tehreek-e-Taliban Pakistan (TTP) attacked APS in Peshawar.

Soon after the attack, a national consensus was achieved and the National Action Plan (NAP) was drafted to curb the rampant spread of terrorism in the country. The military, in successive campaigns, wrestled back control of areas in erstwhile FATA, which had become a hotbed of militant activity.

The perpetrators of the APS attack, including masterminds and those who executed the terrorist activity seven years ago, have been killed, sentenced to death and necessary action taken against them.

All 12 terrorists involved in the attack were apprehended by the security forces out of which six main terrorists were tried by the military courts and were handed over death sentences.