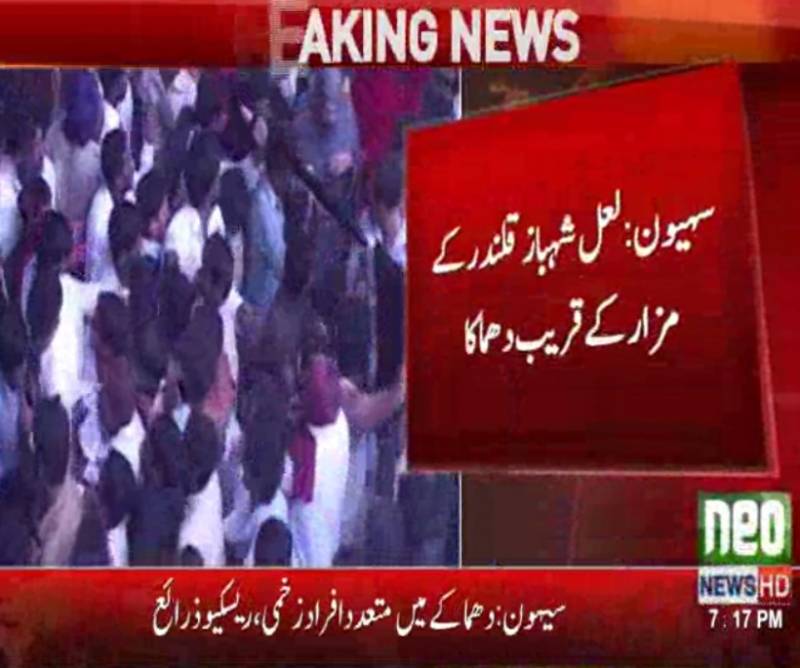 SewanSharif: A bomb Blast near the shrine of famous Sufi and Saint of Sindh, Lal Shahbaz Qalander has reportedly killed 76 persons and injured more than 100. While many are in serious condition.

Pakistan army Chief Gen. Qamar Bajwa has directed Army to move to the location to carry out rescue operation.Rescue teams have also reached at the location.

The attack is condemned by all including President, Prime Minister, Pak army Chief, all four provinces governors and Chief Ministers, Opposition Leaders.

Lal Shahbaz shrine has been a center of thousands of pilgrims and due to Thursday it was heavily crowded.

Police has encircled the area and emergency has been declared across all the hospitals of Hyderabad.