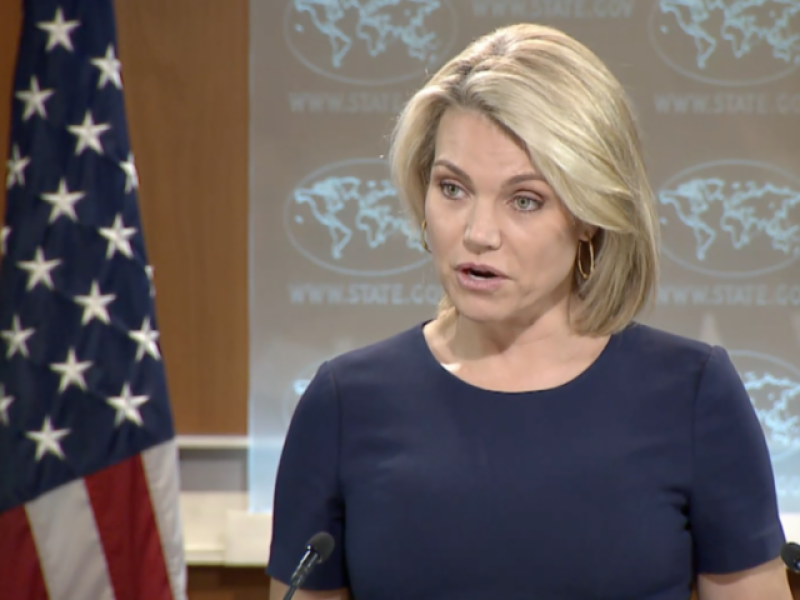 Washington (Web Desk): US State Department Spokesperson Heather Nauert has admitted that a resolution to place Pakistan on a global terror-financing ‘watch list’ had been submitted to the Financial Action Task Force (FATF).

Talking to reporters during a press briefing, Nauert expressed concern about ‘Pakistan’s deficiencies in the implementation of anti-money laundering and counter terrorism laws’.

The spokesperson told reporters that the US had been concerned for a long time about the actions of Pakistani authorities.

“We have therefore decided that we want to place Pakistan on an international watch list. Further details about the matter are confidential, and cannot be revealed at the moment,” Nauert added.

The United States has been threatening to get tough with Islamabad over its alleged ties with militants, and last month President Donald Trump’s administration suspended aid worth about $2 billion.