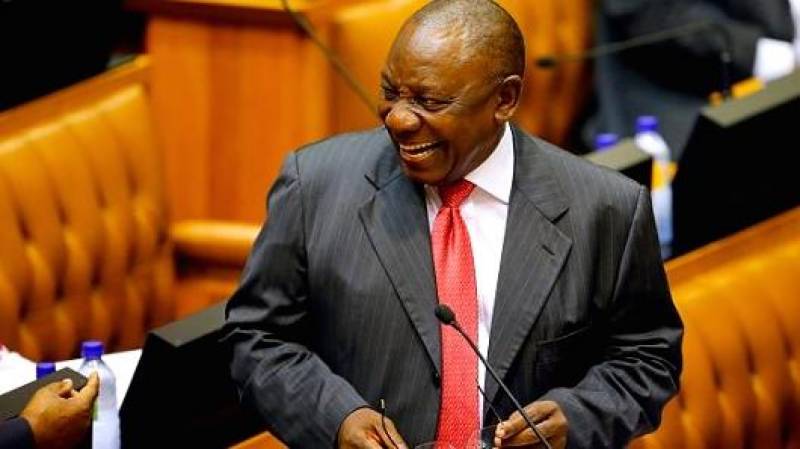 Cape Town (Reuters): Cyril Ramaphosa was elected as South Africa’s president in a parliamentary vote on Thursday and pledged to tackle endemic corruption after scandal-ridden Jacob Zuma resigned on orders from the ruling African National Congress.

The road back to prosperity and self-respect under Ramaphosa, 65, who became ANC head in December, will be long and hard in a nation still polarized by race and inequality more than two decades after the end of white-minority rule.

Still, Zuma’s departure late on Wednesday provided evidence of the strength of South Africa’s democratic institutions, from the courts to the media and the constitution.

Ramaphosa, in brief remarks to parliament ahead of his first state of the nation address expected on Friday, said he would work hard “not to disappoint the people of South Africa”.

“The issues that you have raised, issues that have to do with corruption, issues of how we can straighten out our state-owned enterprises and how we deal with state capture (influence-peddling) are issues that are on our radar screen,” he said.

Ramaphosa was elected unopposed as Zuma’s permanent successor by parliament, and confirmed in the post by South African Chief Justice Mogoeng Mogoeng, who had earlier read out the former president’s resignation letter.

Ramaphosa was expected to be sworn in later on Thursday, and to make any changes to the cabinet after his address on Friday.

The rand, which has gained ground whenever Zuma ran into political turbulence, soared to a near three-year high against the dollar on word of his resignation.

The S&P Global agency said South Africa’s sovereign credit ratings and outlook will not be immediately affected by the change of the country’s leadership.

Ramaphosa, who will be president until elections next year, faces an uphill battle to earn back public and investor support.

But his stated commitment to boosting growth and stamping out graft has gone down well with foreign investors and ANC members who felt Zuma’s handling of the economy could seriously damage the party in the 2019 election.