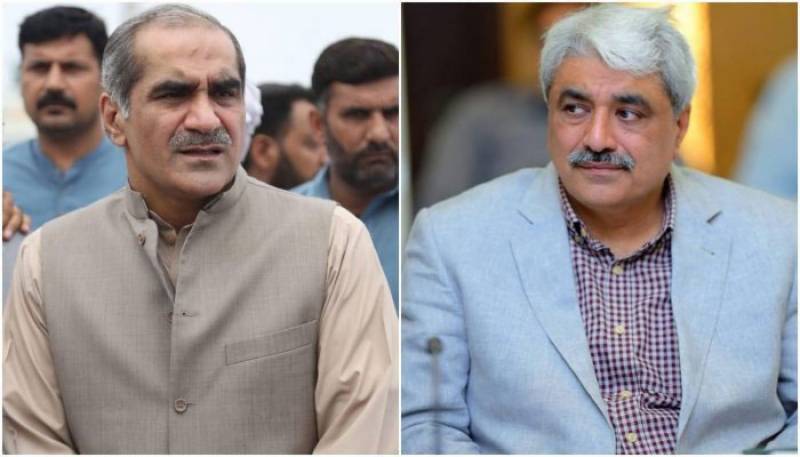 The PML-N lawmakers were presented before the court amid tight security as their judicial remand ended today. The court granted a 16-day extension in Khawaja brothers’ judicial remand and ordered to present them on March 4.

Accountability court judge Syed Najmul Hasan inquired about progress in finalising a reference. The investigation officer told the court that the reference would be presented before the 90-day mark of the PML-N leaders’ incarceration.

Speaking to the newsmen outside the court premises, Khawaj Saad Rafique while criticizing the Pakistan Tehreek-e-Insaf (PTI) government, said that they will not always remain in power and what they were doing was wrong.

On February 2, the accountability court had rejected National Accountability Bureau's (NAB) request for an extension in the physical remand of Khawaja Saad Rafique and his brother Salman Rafique in the and sent them to jail on 14-day judicial remand.

On February 2, sent the Khawaja brothers to jail on 14-day judicial remand after rejecting the National Accountability Bureau's (NAB) request for an extension in their physical remand.