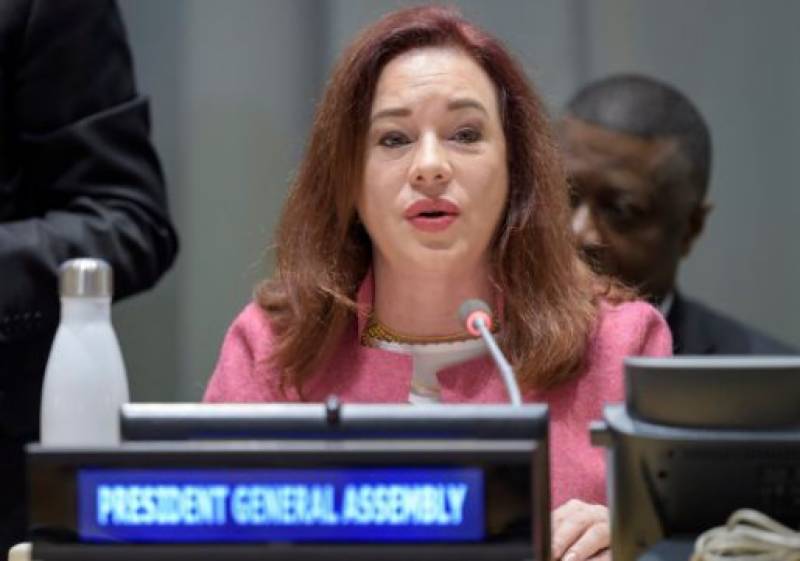 During her visit, Maria Fernanda Espinosa will talk with Prime Minister Imran Khan and other Pakistani leaders on global and regional issues.

@UN_PGA Ms. María Fernanda Espinosa will visit Pakistan from the 18 to 22 January. She will meet with Prime Minister, President, Foreign Minister, as well as representatives of the UN and of civil society and women’s organisations. https://t.co/XhkcDNNdPs pic.twitter.com/ns8S7s3Zfp

“The President of the General Assembly looks forward to strengthening the ties between Pakistan and the UN, promoting multilateralism and continuing her work with Pakistan on the priorities for the 73rd Session of the General Assembly,” Spokesperson Monica Grayley said on January 11 when she announced Ms. Espinosa’s January 18-22 visit to Pakistan, her first to the Asia-Pacific region.

Pakistan’s Permanent Representative to the UN Dr @LodhiMaleeha announcing the upcoming visit of the President of the @UN_PGA Ms María Fernanda Espinosa from January 18-22, 2019 to Pakistan. It is the first time in 8 years that a UN PGA President will be visiting ???????? pic.twitter.com/tQypL7vC9v

It will be also the first visit by the senior UN leadership to Pakistan since the advent of the government led by Prime Minister Imran Khan.

Pakistan’s Ambassador to the United Nations, Maleeha Lodhi, had a detailed meeting with the 193-member Assembly’s president last week to finalize her visit.

“Our leadership looks forward to having wide-ranging discussions with Madam Espinosa on global and regional issues,” the Pakistani envoy said afterwards.