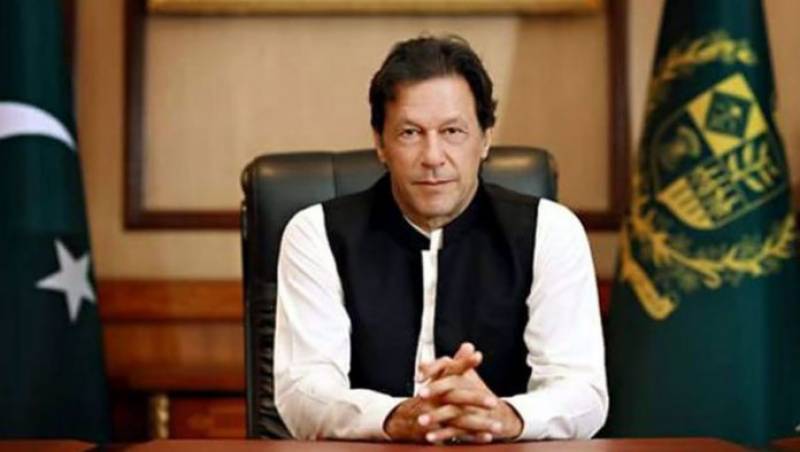 In his message on Twitter, the prime minster said that an internationally recognized dispute, Jammu and Kashmir remains on the Security Council's agenda and its consideration by the Council reflects a recognition of the seriousness of the prevailing situation.

He said Jammu and Kashmir dispute must be resolved in accordance with relevant UN Security Council resolutions and the will of the Kashmiri people.

"We will continue to provide moral, political and diplomatic support to the Kashmiri people until they secure their inalienable right to self-determination," the PM added.

J&K dispute must be resolved in accordance with relevant UN Security Council resolutions & the will of the Kashmiri people. We will continue to provide moral, political and diplomatic support to the Kashmiri people until they secure their inalienable right to self-determination.

Prime Minister Imran Khan's remarks follow a meeting of the UNSC on Wednesday during which the situation in occupied Kashmir was reviewed.

It was the third time the UNSC discussed the Kashmir situation since the New Delhi illegally and unconstitutionally revoked its semi-autonomous status.

During the meeting, attended by all 15 members of the council, the Department of Peace Operations and the Department of Political and Peace Building Affairs briefed the representatives. It was followed by a discussion on the situation.

The UNSC meeting was called to discuss the situation in Mali, but China made a request to discuss the Kashmir issue under the agenda of "Any Other Business Points". However, an earlier report in the French media suggested that France had opposed a discussion on Kashmir.

After the meeting, Chinese Ambassador Zhang Jun spoke to journalists confirming that the Security Council had met to review the situation in the occupied valley.

"We had a meeting on Jammu and Kashmir," Jun said, adding the 15-member Council was briefed by the UN secretariat on the situation on the ground.