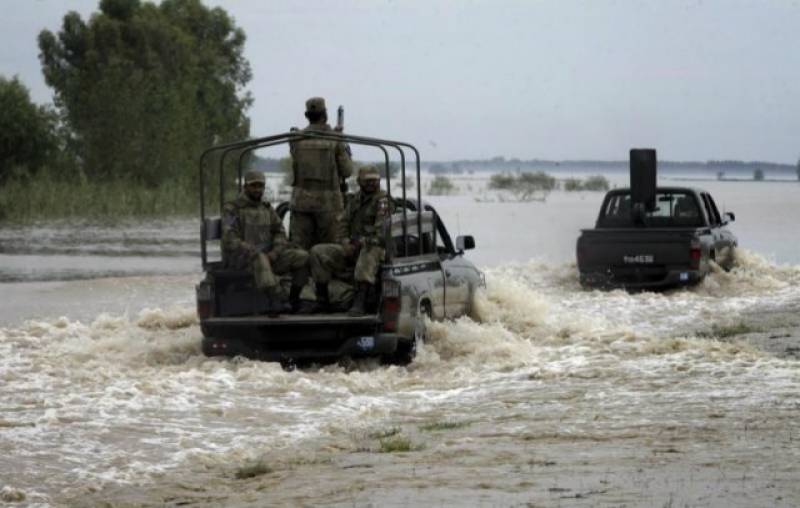 Muzaffarabad (Staff Report): At least four soldiers were drowned when Indian troops targeted a vehicle of the Pakistan Army moving along the Neelum River in Azad Jammu and Kashmir region on Sunday.

The vehicle fell into the river and four soldiers embraced martyrdom in the Line of Control (LoC) ceasefire violation,” the Inter-Services Public Relations (ISPR) said.

The body of one of the drowned soldiers was recovered while search for remaining three was in progress, the ISPR statement read.

The Line of Control (LoC) ceasefire violation was responded befittingly, the statement added.