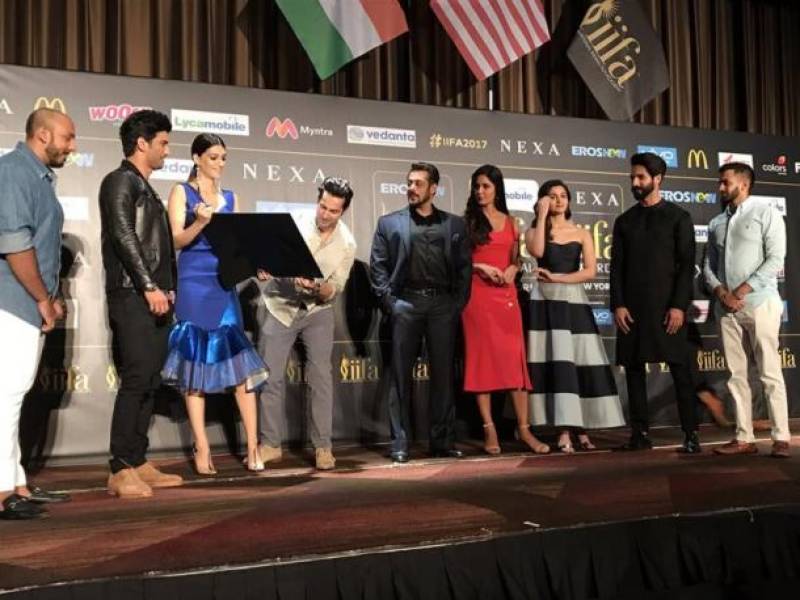 Mumbai (Web Desk): Alia Bhatt and Shahid Kapoor declared the best actors at the 18th edition of the IIFA Awards 2017 for their remarkable work in Udta Punjab.

Katrina Kaif presented the award to Shahid, while Varun Dhawan announced Alia as the Best Actor – Female at the event, held at the Metlife Stadium. The actors became emotional following winning the award for a film which made its way to the big screen after fighting the censor board and let mainstream performers like them take up something risky, Hindustan Time reported. IIFA Woman Of The Year