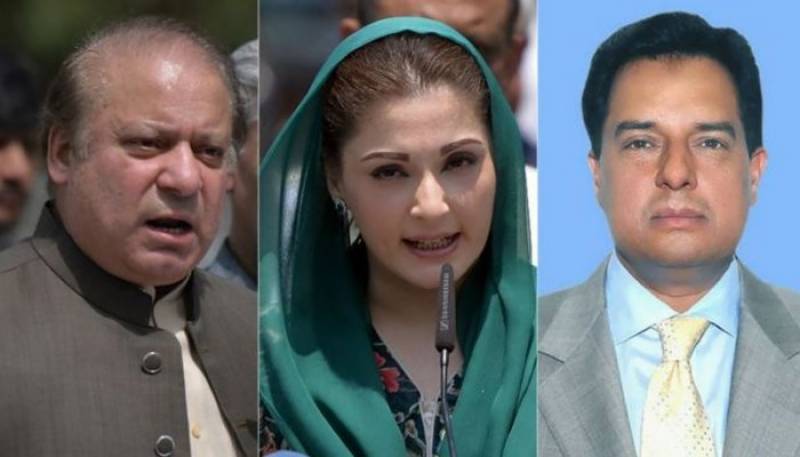 In the appeals, the convicts have pleaded the Islamabad High Court (IHC) to release the former PM, his daughter until a decision is announced on the verdict announced by the accountability court.

The National Accountability Bureau (NAB) and the trial court have been made respondent in the appeals.

According to the lawyers, the flaws in the judgment passed by accountability judge Mohammad Bashir have been highlighted in the appeals.

The former PM and other convicts have also requested the IHC to declare the Avenfield verdict null and void as it did not fulfill the legal requirements.

The appeal states that Panamagate Joint Investigation Team (JIT) head and prosecution’s star witness Wajid Zia himself accepted that a response to the mutual legal assistance (MLA) request was not received. It further said that levelling allegations without receiving a response to the MLA was mala fide.

Last week, a notification issued by the Ministry of Law and Justice stated the trial of Sharif family in two remaining corruption references filed by the National Accountability Bureau (NAB) will be held in Adiala jail .

“In exercise of the powers conferred by sub-section (b) of section 16 of the National Accountability Ordinance, 1999 (XVIII of 1999), the federal government is please to specify the Central Jail Adiala, Rawalpindi, to be the place where the Accountability Court-I, Islamabad shall sit for trial of References No. 18/2017 and 19/2017 against Mian Muhammad Nawaz Sharif and others.