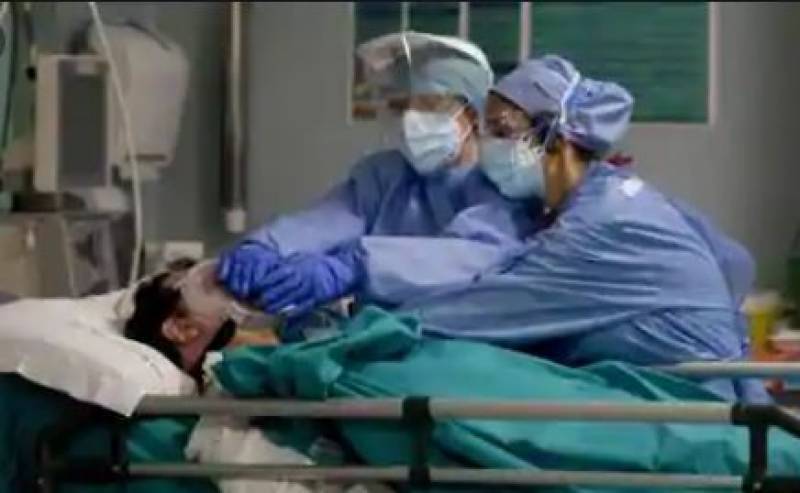 Lahore/Quetta/Karachi/Peshawar (Staff Report/Agencies): The number of confirmed COVID-19 cases in Pakistan on Thursday rose to 257,914 after about 2,145 new coronavirus cases surfaced in the country over the last twenty-four hours.

According to the government's Covid-19 portal, the death toll related to coronavirus has reached 5,426 with 40 fatalities reported during the last 24 hours.

The National Command and Operation Center’s (NCOC) data shows that there has been an improvement in the number of recoveries from COVID-19 in the country with figure now reaching 178,737.

Nearly one-and-a-half months after imposing the lockdown across the country, the government announced to ease the lockdown in phases.

Later, "Smart lockdowns" had been imposed in Covid-19 hotspots in major cities across the country.

As per NCOC, the implementation on the smart lockdown in the country has significantly reduced the number of deaths.

Meanwhile, Minister for Planning and Development Asad Umar says there has been decline in coronavirus cases in the country primarily due to a nearly sixty percent reduction in positivity.

In a tweet, he said some people are saying that cases are down only due to testing reduction.

The minister explained that if positivity rate had been over 22 percent, which was in mid-June, the 24,262 tests done yesterday would have resulted in 5,500 cases, but the actual number of cases yesterday was 2,145.

It is pertinent to mention that the global coronavirus cases have reportedly surpassed 13.5 million and death toll tops 580,000.