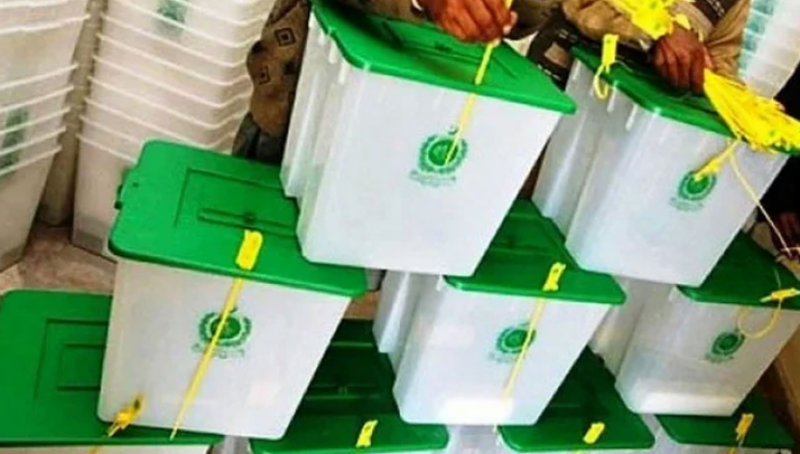 Lahore (Web Desk): Polling for the by-elections in 20 constituencies of Punjab will be held on Sunday.

According to details, polling will start at 8am and it will continue till 5pm without any break.

Pakistan Muslim League-Nawaz (PML-N) and Pakistan Tehreek-e-Insaf (PTI) are the key rivals in the by-polls.

The Election Commission of Pakistan (ECP) has made comprehensive arrangements to hold polling process in a peaceful environment.

The electioneering body has set up special control rooms at central and provincial levels to monitor the by-elections.

The control rooms will continue working till compilation of polling results.

Returning Officers, relevant Deputy Commissioners, representatives of police, Rangers and Pakistan Army will be present in the control rooms to deal with any emergency.

Meanwhile, the government decided to beef up security in six sensitive constituencies of Punjab whereby-polls are scheduled to take place on Sunday amidst heightened political tensions.

The decision was taken during a special meeting held in Islamabad on Friday regarding law and order arrangements in the by-elections. The meeting was chaired by Interior Minister Rana Sanaullah.

The forum decided that the violators of fire-arms ban orders will be immediately arrested and their arms will be seized along with revocation of license.

It was also decided to set up a special control room in the Interior Ministry on Saturday and Sunday to continuously monitor the law and order situation.

Speaking on the occasion, the Interior Minister said it is our national responsibility to ensure law and order in the by-elections.

"All resources will be utilized to make security arrangements as per instructions of the ECP during the by-elections," the minister said.

The minister said in the light of the letter of the Chief Election Commissioner, additional security personnel will be deployed in six highly sensitive constituencies of Punjab.

The most sensitive constituencies include four in Lahore, one each in Bhakkar and Multan.