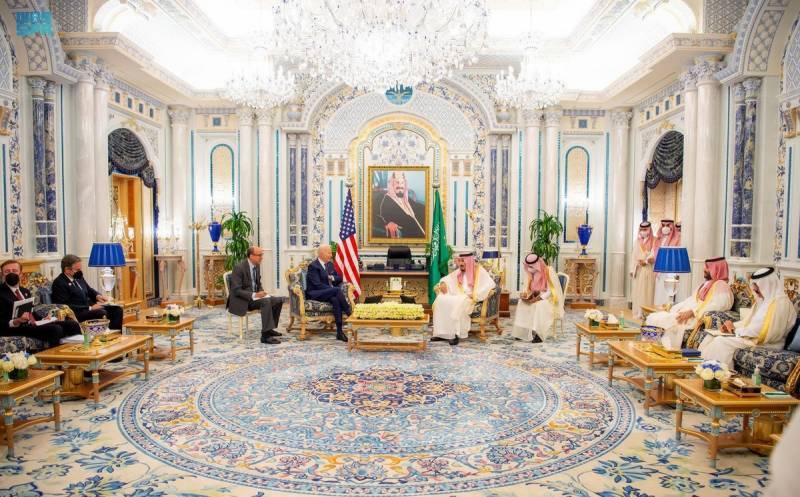 Riyadh (Web Desk/Agencies): Saudi Arabia and the United States (US) have affirmed the importance of resolving international disputes through peaceful and diplomatic means.

As per the details, US President Joe Biden, who is on an official visit to Saudi Arab held meeting with King Salman Bin Abdulaziz and Crown Prince Mohammed bin Salman.

In a joint communique, they stressed the need for supporting governments in the region facing threats from terrorists or proxy groups backed by outside powers.

The two sides announced various measures, ranging from the removal of peacekeepers from a strategic island off the Saudi and Egyptian coasts, to cooperation in mobile technology.

The statement said US and other peacekeepers would leave Tiran island where they have been stationed as part of accords reached in 1978 and which led to a peace deal between Israel and Egypt.

Other announcements also covered an agreement on cooperation on 5G and 6G mobile technology and on cybersecurity.

The US president, who started his trip to the region with a visit to Israel, will hold bilateral talks with leaders of Egypt, the United Arab Emirates and Iraq before taking part in the wider summit where he will "lay out clearly" his vision and strategy for America's engagement in the Middle East, US national security adviser Jake Sullivan said on Friday.

"He's intent on ensuring that there is not a vacuum in the Middle East for China and Russia to fill," Sullivan said.