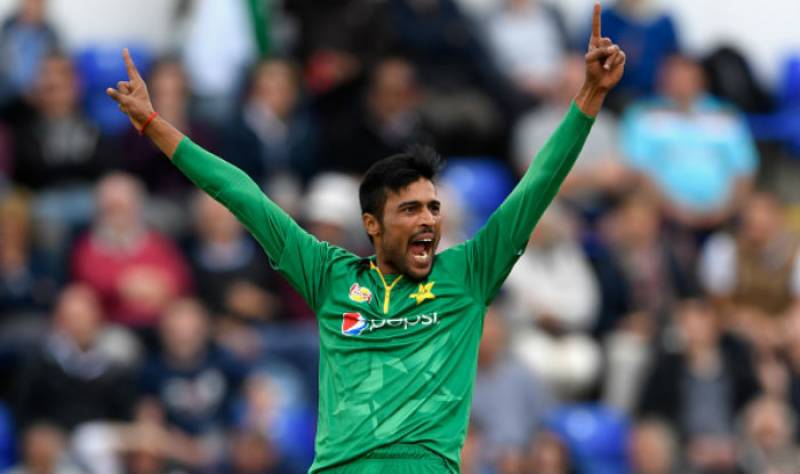 London (Staff Report): Pakistan fast bowler Mohammad Amir is expected to play in the Champions Trophy final against India on Sunday after recovering from a back pain that had ruled Amir out of the semi-final against England on June 14, after he failed a fitness test shortly before the toss.

Muhammad Amir completed an entire training session at the Oval ground in London's Kensington borough on Friday, ahead of Champions Trophy final title-holders and arch-rivals India.

Team officials have confirmed that Amir has recovered from the back pain and will fit to play in the match this weekend.

Earlier on Wednesday, Pakistan showed splendid performance to knock out England by eight wickets in the semi-final.

Rumman Raees had stepped in for Amir during the match against England.