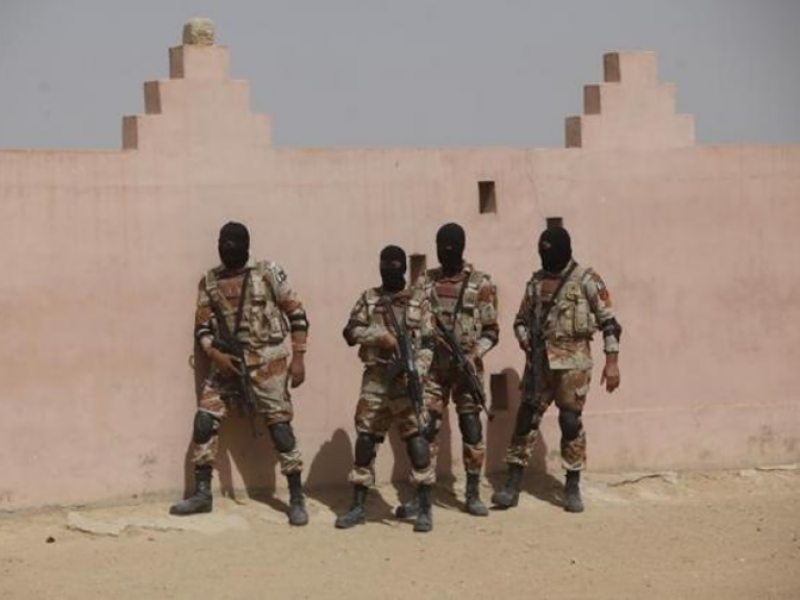 The statement said the two suspects were "planning terrorist action during a religious activity" and were killed in an exchange of fire during the operation.