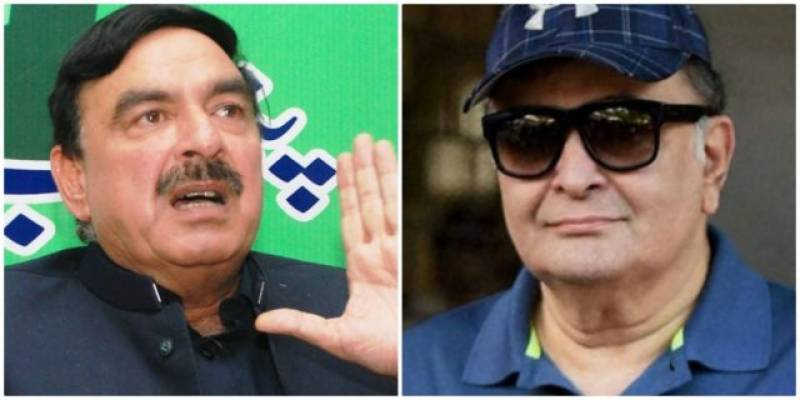 In his tweet, Rishi Kapoor had mockingly asked Pakistan Cricket Board (PCB) to send its cricket team to play the finals as they had send their hockey team or a kho kho team to play in their previous match as their “father” will be playing with them.

Sheikh Rasheed gave befitting response to the actor’s tweet and stated that the same people will teach Pakistanis about Fathers Day whose forefathers were raised by the country itself.

Earlier, Kapoor tweeted when Pakistan qualified for the final of ICC Champions Trophy 2017:

Congratulations Pakistan! You enter finals? Wow! Good to see you wearing our colour BLUE! Get ready to be BLUED now! We will BLUE you away!

He also tweeted, “We don’t need to say anything more! Tradition of destroying the opposition, as has always been the case, will continue! Blues are invincible!”