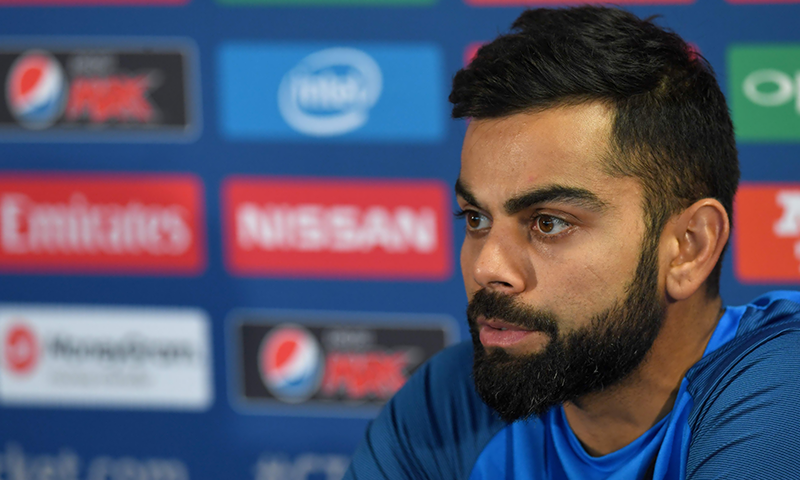 During a press conference in England ahead of final of the ICC Champions Trophy match against Pakistan, Virat Kohli admitted that he has inspired of Pakistan’s improved performance and said, infrequent encounters against Pakistan in cricket has restricted their awareness of the opponent’s and they can’t do much more than just focusing on their own game.

Pakistan cricket team is famous for its ‘Unpredictable’ performance and all have seen its prove many times in history, however this time Kohli has become fan of Pakistan’s performance.

Kohli said, “As a team, I think they can surprise you because you don't play against them so much. You know of their abilities. But you're not too aware of how they react in different situations. All you can do in that situation is focus on your skill.”

He added, “You cannot ever take them lightly. And not being familiar with the way they bowl or bat, I don't think it's going to be a massive factor for us because we as a team like to focus on what we can do.”

Earlier, India launched their title-defence with a 124-run thrashing of Pakistan at Edgbaston 11 days ago.

They then held their nerve to seal a three-wicket win over Sri Lanka in a virtual quarter-final in Cardiff on Monday before dominating a previously unbeaten England.

Asked if he had any thoughts on a final between the Asian giants, Kohli, to a chorus of laughter at a post-match news conference, answered: “No sir.”

But Kohli’s respect for the way Pakistan had hauled themselves off the canvas was evident.