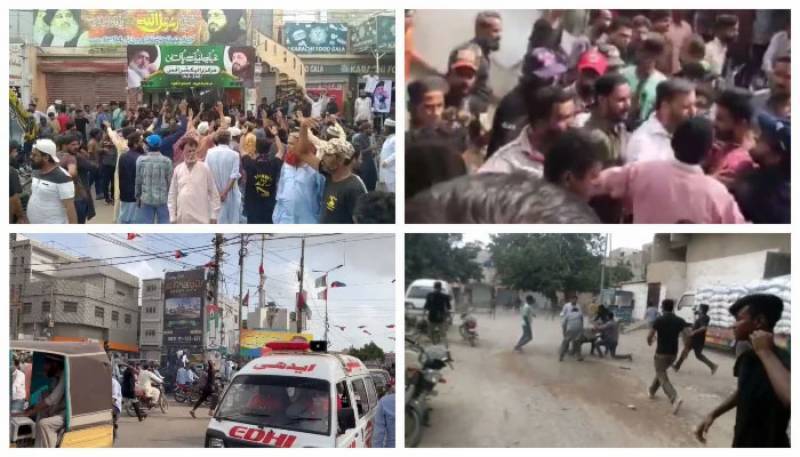 Karachi (Staff Report/Agencies): A person was killed and at least eight others were injured as violence erupted in Karachi during the NA-240 (Korangi Karachi II) by-election on Thursday.

According to medical officials, the deceased identified as 60-year-old Saifullah, was brought dead to JPMC and had suffered bullet injuries on his head. They said that at least eight injured people were brought to the hospital, adding that some had gunshot wounds, while others had sustained injuries after being beaten up with sticks.

The incident took place as political activities heightened in the constituency — which covers areas in Korangi and Landhi.

However, voting continued uninterrupted till 5pm on the seat.

The seat fell vacant after the death of MQM-P MNA Muhammad Ali Khan on April 19.

Sindh Chief Minister Syed Murad Ali Shah has taken notice of the violence and directed Inspector General of Police (IGP) to not allow anyone to take the law into their hands.