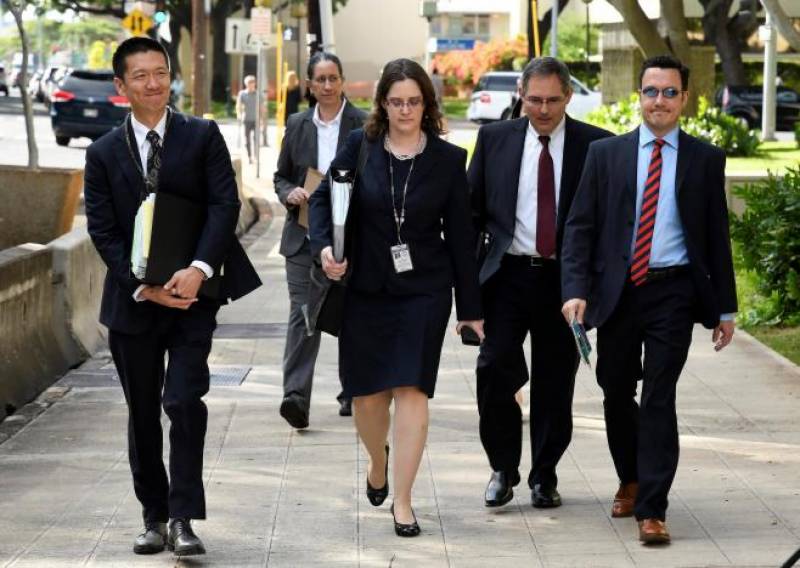 New York (Reuters): Just hours before President Donald Trump's revised travel ban was set to go into effect, a US federal judge in Hawaii on Wednesday issued an emergency halt to the order's implementation.

The action was the latest legal blow to the administration's efforts to temporarily ban refugees as well as travelers from six predominantly Muslim countries, which the President has said is needed for national security. Trump lashed out at the judge's ruling, saying it "makes us look weak."

Trump signed the new ban on March 6 in a bid to overcome legal problems with a January executive order that caused chaos at airports and sparked mass protests before a Washington judge stopped its enforcement in February.

US District Judge Derrick Watson put an emergency stop to the new order in response to a lawsuit filed by the state of Hawaii, which argued that the order discriminated against Muslims in violation of the US Constitution.

Judge Watson concluded in his ruling that while the order did not mention Islam by name, "a reasonable, objective observer ... would conclude that the Executive Order was issued with a purpose to disfavor a particular religion." Watson was appointed to the bench by former Democratic President Barack Obama.

Speaking at a rally in Nashville, Trump called his revised executive order a "watered-down version" of his first. "I think we ought to go back to the first one and go all the way, which is what I wanted to do in the first place," Trump said.

Trump called the judge's block "unprecedented judicial overreach" and said he will take the case "as far as it needs to go," including to the US Supreme Court. The Department of Justice called the ruling "flawed both in reasoning and in scope," adding that the president has broad authority in national security matters. "The Department will continue to defend this Executive Order in the courts," it said a statement.

The nation's highest court is currently split 4-4 between liberals and conservatives with Trump's pick - appeals court judge Neil Gorsuch - still awaiting confirmation. Paul Ryan, the Republican Speaker of the US House of Representatives, said the ban was needed to improve vetting of people entering the United States in order to prevent attacks and said he had no doubt that it would be upheld by higher courts.