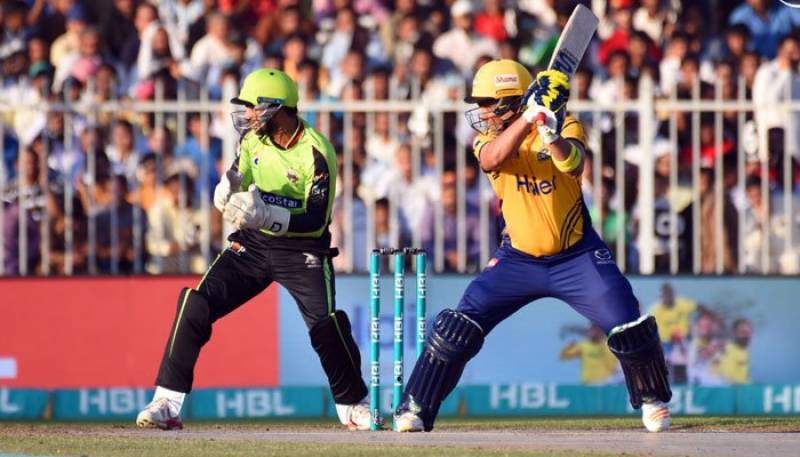 Dubai (Staff Report): Peshawar Zalmi kept their chances alive in the tournament as they completed a comprehensive victory of 44 runs over Lahore Qalandars.

Lahore team won the toss and elected to bat first.

This is a must-win match for Peshawar, who are hoping to qualify for the elimination stage of the tournament.