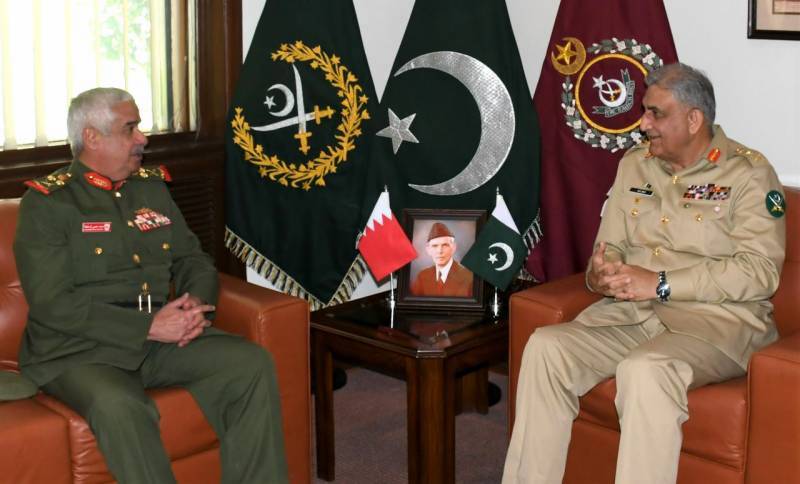 According to the Inter Services Public Relations (ISPR), matters of mutual interest, regional security situation and measures to further enhance professional cooperation between both the armies were discussed during the meeting.

The COAS said that Pakistan valued its strong diplomatic, economic and defence relations with the Kingdom of Bahrain.

Both the dignitaries reiterated the desire to further enhance bilateral cooperation including efforts for peace and security in the region.