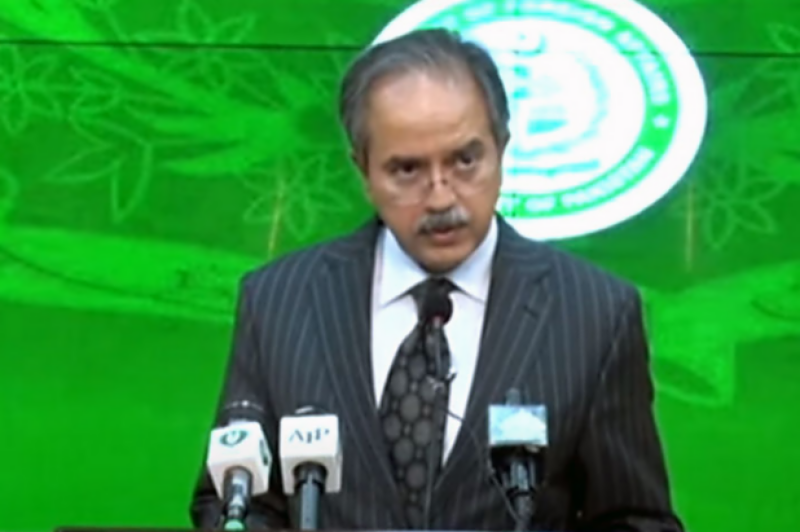 Islamabad (Web Desk): Pakistan has expressed its serious concern over the ruling of the High Court of Indian State of Karnataka banning the wearing of 'hijab' by Muslim girls in educational institutions.

In a statement issued on Tuesday, Foreign Office (FO) spokesperson Asim Iftikhar said the judiciary in India has completely failed to uphold the principles of justice and equality.

He said this decision marks a fresh low in the relentless anti-Muslim campaign where even the pretext of secularism is being weaponised to target Muslims.

Asim Iftikhar said it is feared that the flawed ruling by the High Court would fast track the pace of marginalization of minorities, especially Muslims in India and further embolden the Hindu-RSS zealots to target them with impunity.

The FO spokesperson strongly urged the Indian government to ensure safety, security and protection of minorities, particularly Muslims, and their right to practice religion.

Earlier on Tuesday, an Indian court upheld a ban on wearing of the hijab in classrooms in the southern state of Karnataka, a decision that could set a precedent for the rest of the country with a big Muslim minority.

The ban last month had sparked protests by Muslim students and parents, and counter-protests by Hindu hardliners. Critics of the ban say it is another way of marginalising a community that accounts for about 13% of Hindu-majority India's 1.35 billion people.

It is pertinent to mention that three Muslim students in India were barred from entering the classroom earlier this year after they went to college wearing headscarves.

As per the reports, a government-run women’s college in Udupi district of India’s Karnataka state in the south has forced a group of six Muslim students to sit outside the classroom because the college administration alleges they are "defying the rules" since hijab is not part of the uniform.

The college administration has done their best to pressurise them but the girls have maintained a defiant stance.

Since December 31, the hijabi girls are being marked absent from their classes even after attending college daily.